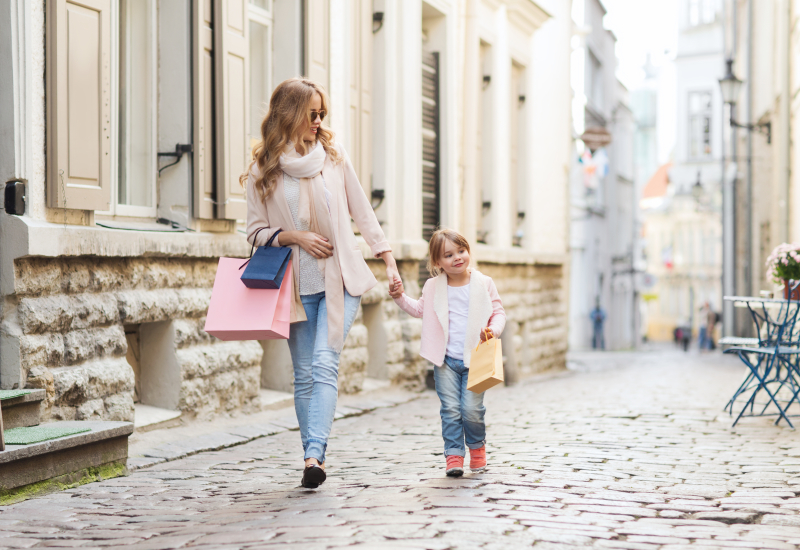 While many of you were eating dinner or getting your kids to go to bed last night (or actually depending on where you are in the world, you could have been getting your kids ready for school or setting your alarms to wake up in the middle of the night)… there was a select group of moms (and dads) that were waiting by their computers to shop a new drop for a highly sought after kid’s clothing line. The time was set for 7PM PST and moms were frantically refreshing their browsers probably starting 30 minutes before the “go time”. The site would not work or have items loaded until that time. But once the time came, thousands of moms were confused. The site was still not loading, was there a delay in the release, what was going on? This is the moment we had all been waiting for for months. After a few minutes went by, you checked their Instagram feed to see what was going on… and realized that you forgot to put in “www.” before the URL. By the time you realized that mistake, and you figured out all the clothes were loaded on the site with the www. in front of it, EVERYTHING WAS ALREADY CARTED AND BASICALLY SOLD OUT!

There were two ways to handle this situation if you were one of those moms sitting on the wrong site for minutes. One group felt disappointment, anger, frustration. But took a step back and realized that there is always next time, it is just clothing, and life will go on. If I have to be honest, this was myself. 🙁 But then there was another group of moms that felt the same feelings, but needed to express it in a rude, uncalled for way towards the shop owner. There were comments that were horrible, in particular, it looked like someone created a new Instagram account and gave it a “guys” name as an alias, and wrote some seriously disgusting things that were totally uncalled for. However, there was also a slew of moms that stood up for the shop owner and commended her for another beautiful collection (despite many of them who may have not gotten to purchase a thing).

You see what happened was the shop owner specifically told everyone on Instagram the “wrong site” without the www. in front and even had it listed in her profile that way, but didn’t realize the mistake until a few minutes in. Those that were lucky enough to know to add the www. or actually went to her old site, were the lucky ones to be able to score these sought after baby dresses, jumpers, rompers, pinafores, etc. The shop owner felt completely terrible about her mistake and apologized profusely with follow up posts, even replying directly to customers with her apologies. You guys, people make mistakes. The website owners had told her that the link would work. Sure, some may argue that she should have tested out the link beforehand or that she needs to have some help (since she basically is a one woman show, but that is her choice and I commend her for it). Being a small shop owner, especially one that sews and hand makes each and every piece, is NOT easy. The costs of her pieces may seem ridiculous to some (around $100 a piece), but when it breaks down to the materials and labor, she honestly probably isn’t rolling in the dough. But she is so happy to make these pieces for little girls, for girls to wear for their birthdays, cousin’s weddings, church, parties, family pictures, etc.

But what I really want to say is that there is NO room for negativity or rudeness against the shop owner. She spent months working her butt off and pouring her heart out in to each and every piece. Sure, she made a mistake. Don’t we all? Sure, we all didn’t get a fair shot. I was totally one of those moms that was waiting there, disappointed and even sat there for 2 more hours trying to score the pieces that hadn’t sold out yet once I figured out the correct site. I was PART of that hysteria. But honestly, turning into a monster and attacking the shop owner is uncalled for. We are all GROWN WOMEN (or men) that need to be adults, set good examples for those kids we’re trying to buy for and give a little grace when needed.

I am so passionate about supporting small shops and business owners (I used to own an Etsy shop, did you know that)? It wasn’t easy and I really give props to all those that do run their own businesses. Keep doing what your doing, and even if you have a hiccup from time to time, keep your head up.