Let me just start off by saying that although my blog and many of my photos do exude happiness and paint a picture of roses, life is definitely not all roses around here. It’s just that I normally like to share the positive moments of our lives with you all as I don’t like this space to be about negativity, but sometimes it’s necessary for me to be real with you all. Besides the first week of Austin’s life, this past weekend may have proved to top it for being one of the most trying times as a parent that my husband and I have ever had to face. Our little 23 month old is full of excitement, anger, anxiety, fussiness, happiness… and will show it rightfully so. I don’t love using the term “terrible twos”, but we think that’s what we are facing right now (even though our little guy is not even 2 yet, although he is in the 2 year old classroom at school)! His tantrums are extreme and they come about randomly and it’s really hard for us to control them, but we are doing the best we possibly can. And all I have to say, is that his Daddy is amazing and I don’t know how we’d do this parenting thing without him. I know everyone tells me it’s a phase and it’s something we need to get through as we’re in this in between stage where we don’t always understand his words or needs and we are starting to reason with him, but I might venture to say that this is one of the toughest phases yet. But we’ll get through it, one tantrum at a time.

Now that I got that off my chest, I did want to share one of the happier moments of our weekend. 🙂 On Saturday, our local downtown Union Station had a Christmas lights reveal and a special train exhibit reveal! Our Union Station is an actual Amtrak station, has tons of restaurants and has an awesome place called Science City that has tons of kid’s activities, so the train exhibit was just icing on the cake!  But to get Austin real excited about this outing, our first stop was the “real” train viewing area!  He could seriously watch trains for hours… especially “yellow choo choos”.  This guy has a love for the color yellow like no other. 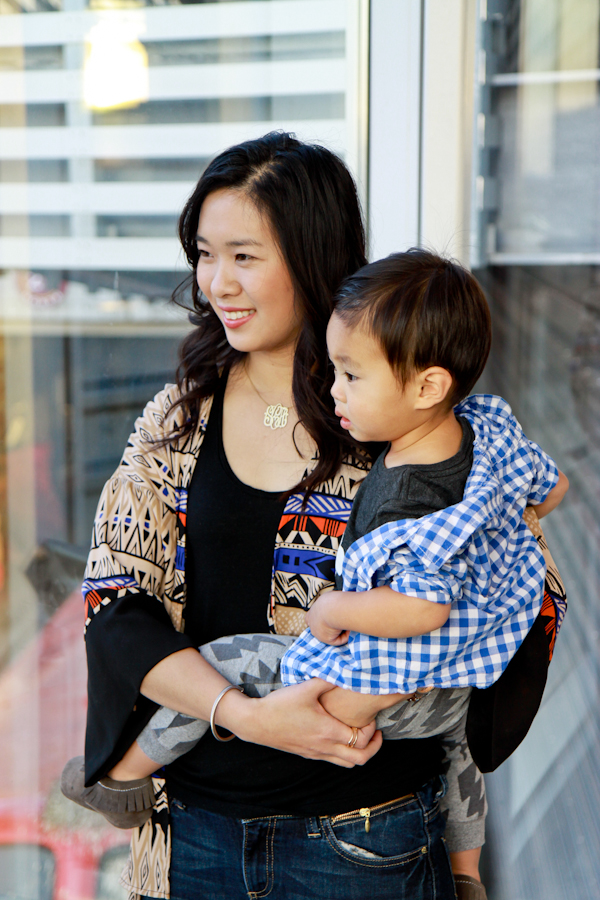 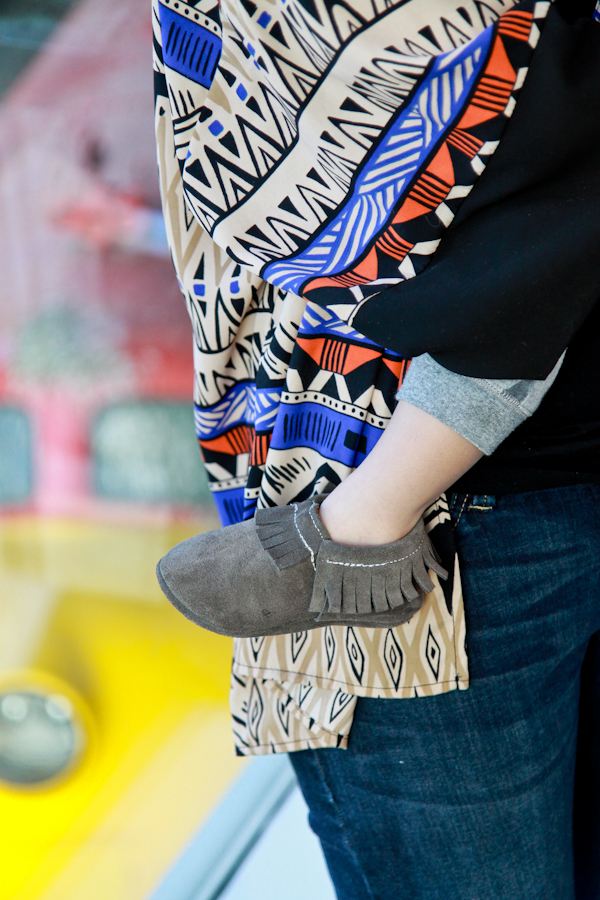 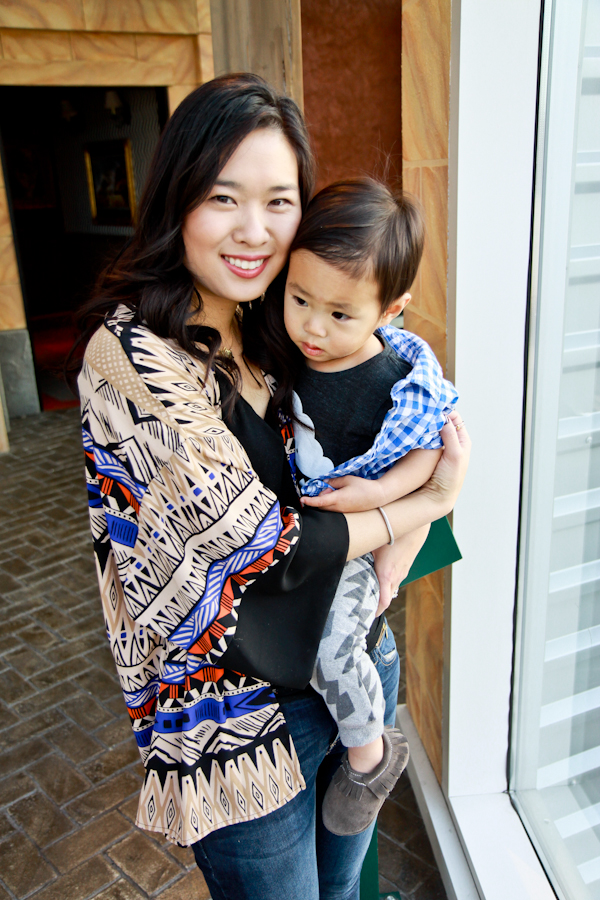 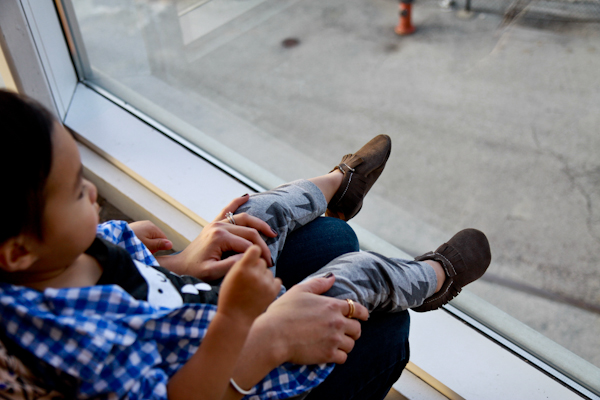 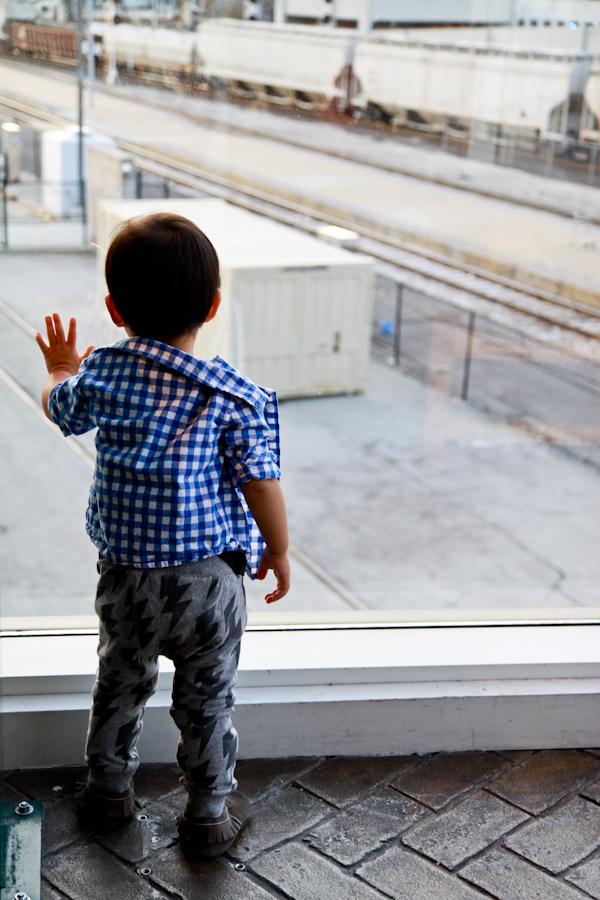 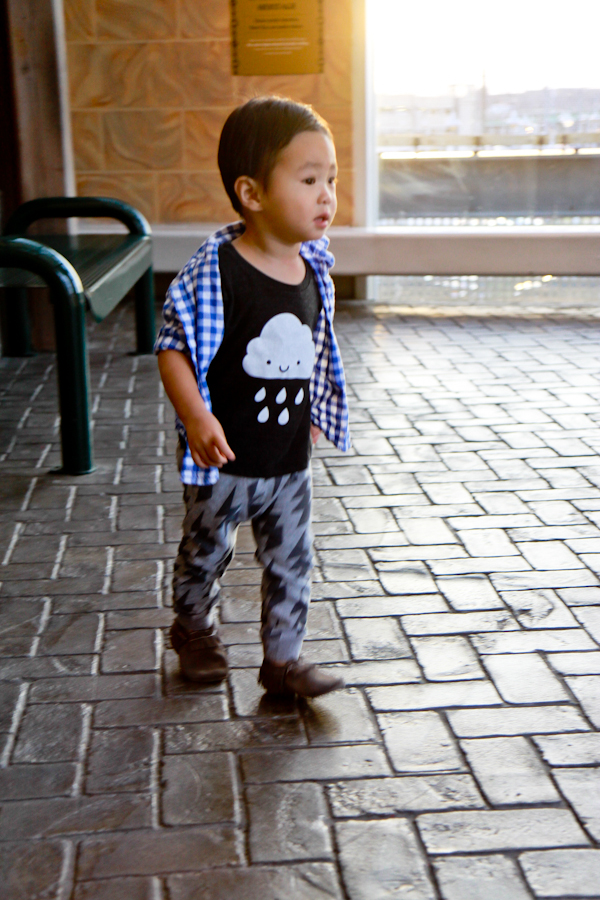 Then we hit up the indoor playground where he climbed up and down and all around. 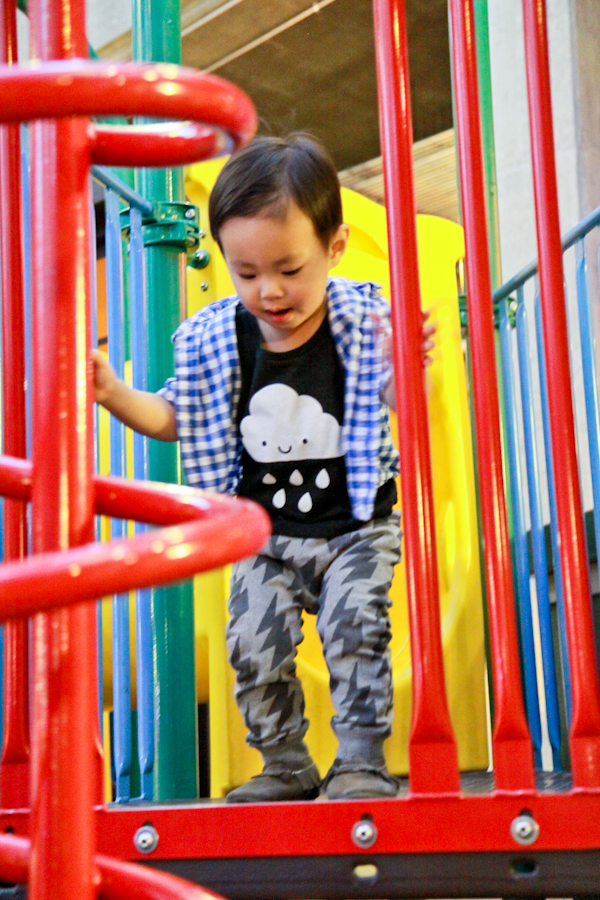 Next, we joined the ranks of thousands of other people and patiently waited for the holiday light and train exhibit reveal!  Austin loved sitting on his Daddy’s shoulders and seeing over everyone else. 🙂 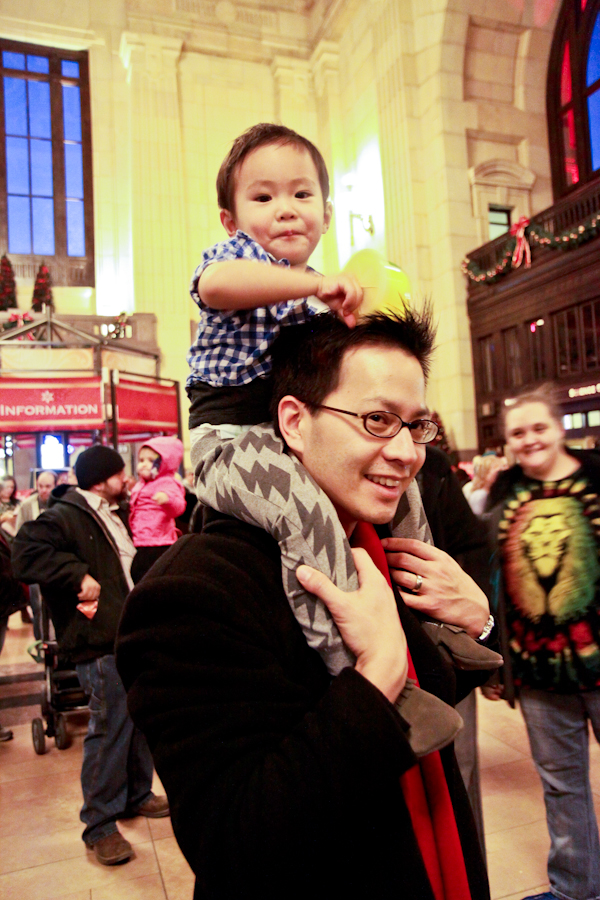 And FINALLY!  The reveal of the holiday Union Station and the most trains Austin could ever see in one place! 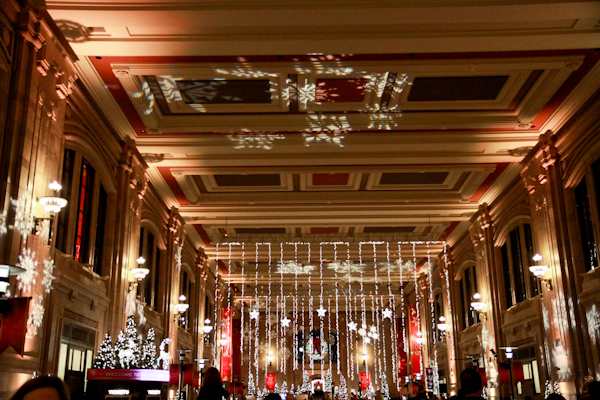 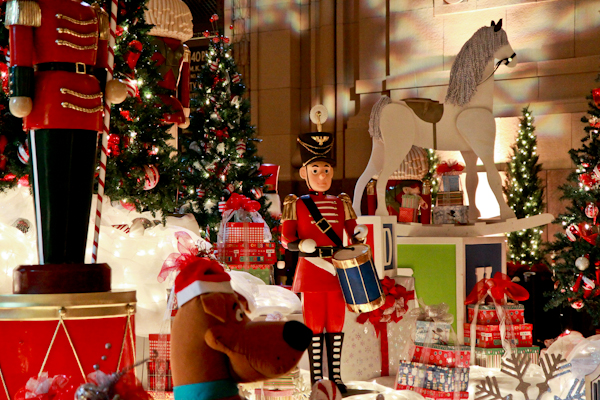 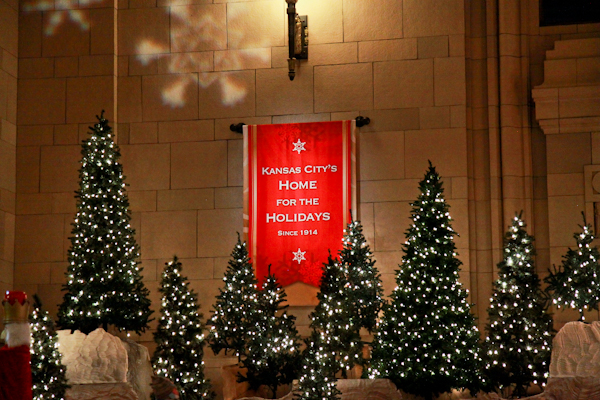 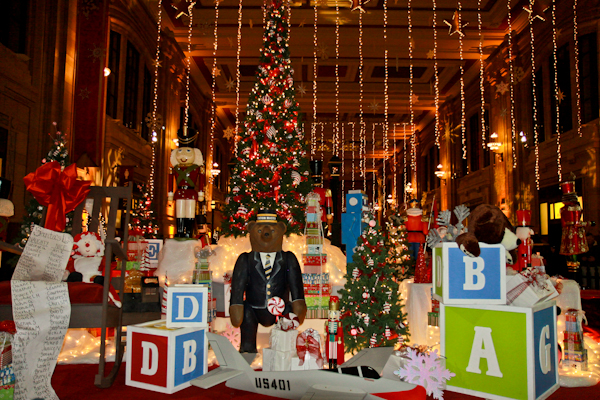 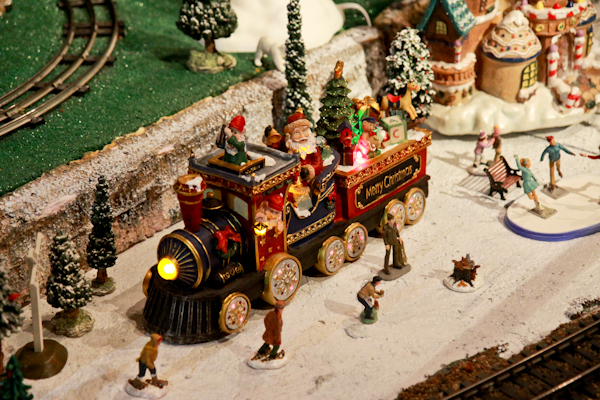 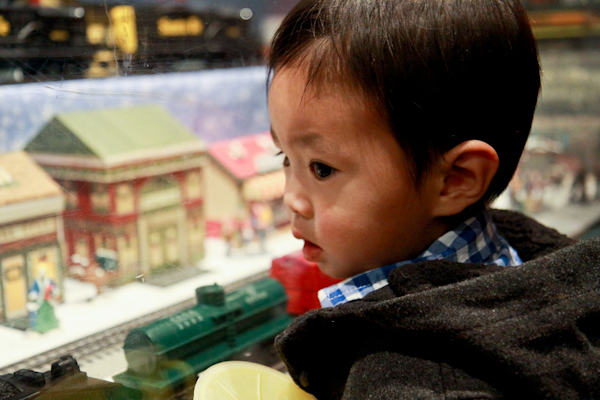 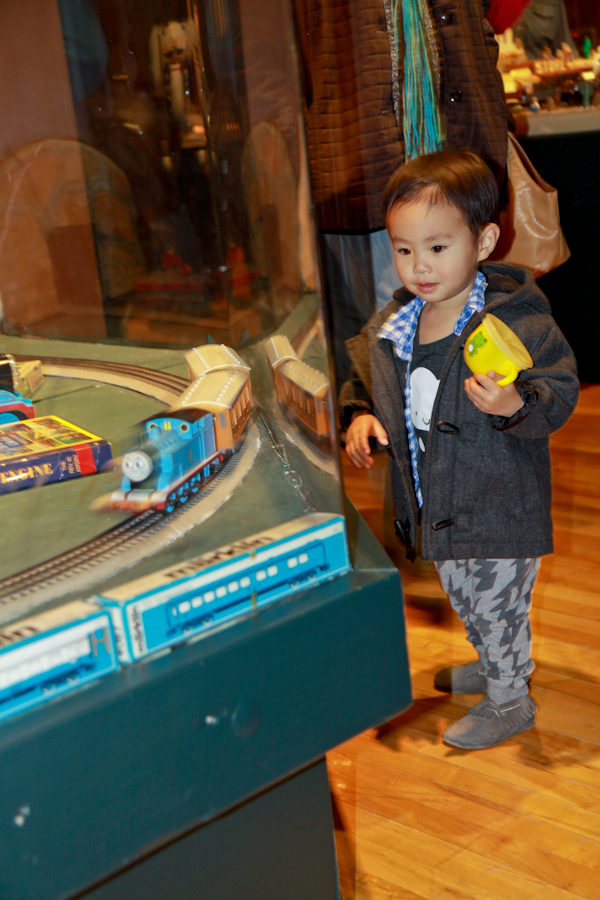 Through tantrums and all, at least there was light at the end of the tunnel for the little man to have a little happiness in his life.  🙂

Are you interested in getting moccasins (or bow ties) for your little man or lady?  Willow and Fig is having a Black Friday sale starting at 8PM, take 25% off your order with code “WFBF“!

Any tips out there for helping us out in dealing with toddler temper tantrums?