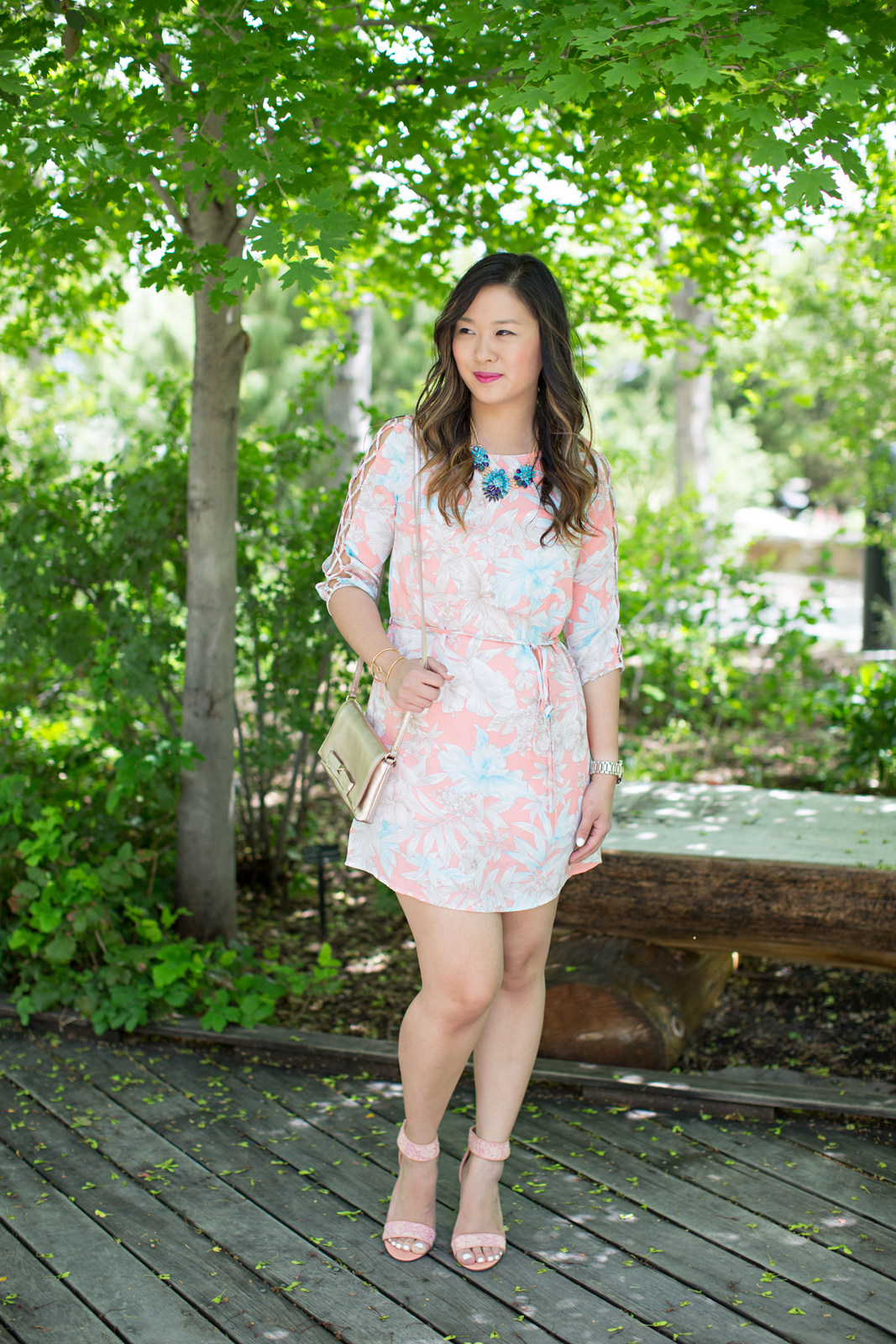 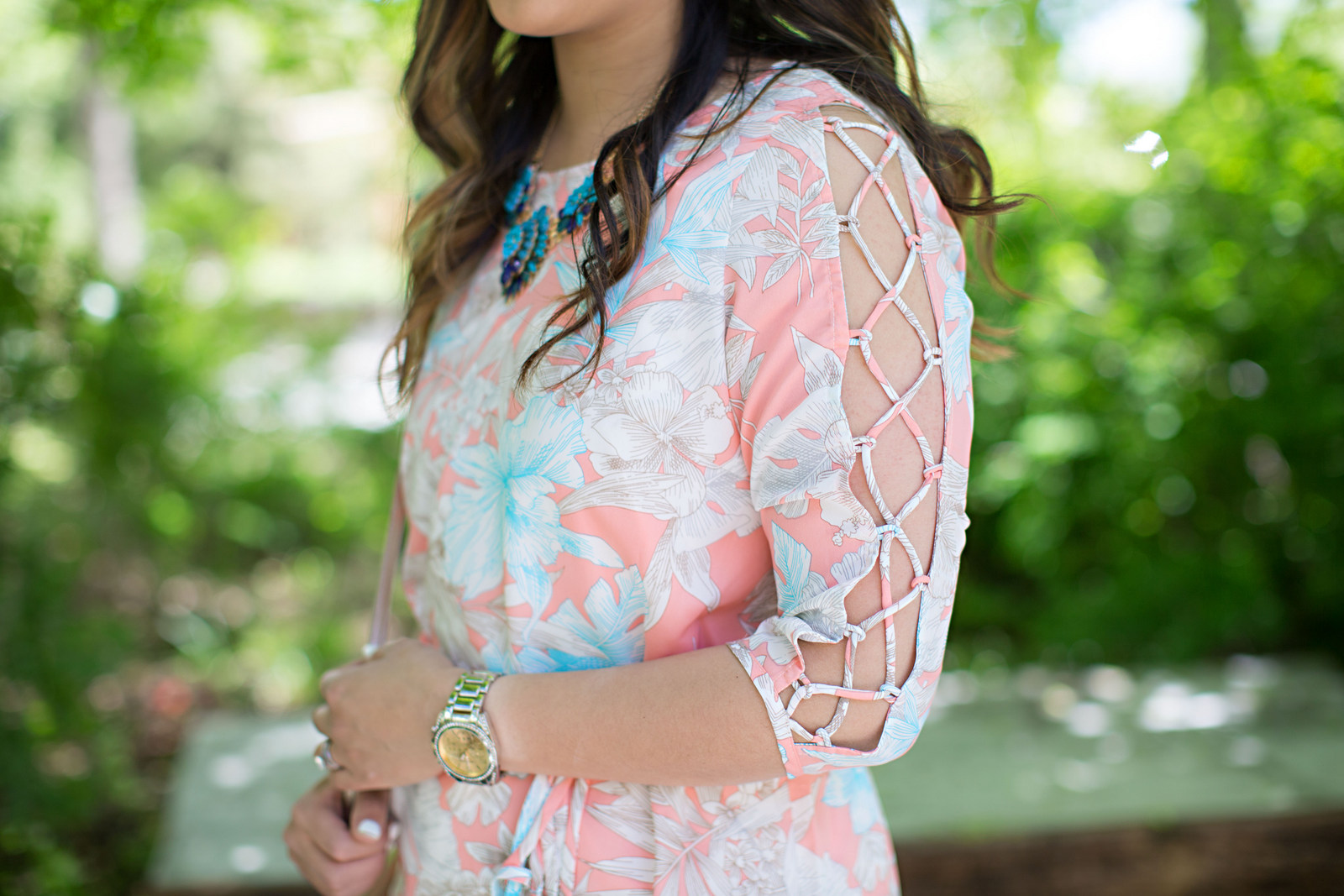 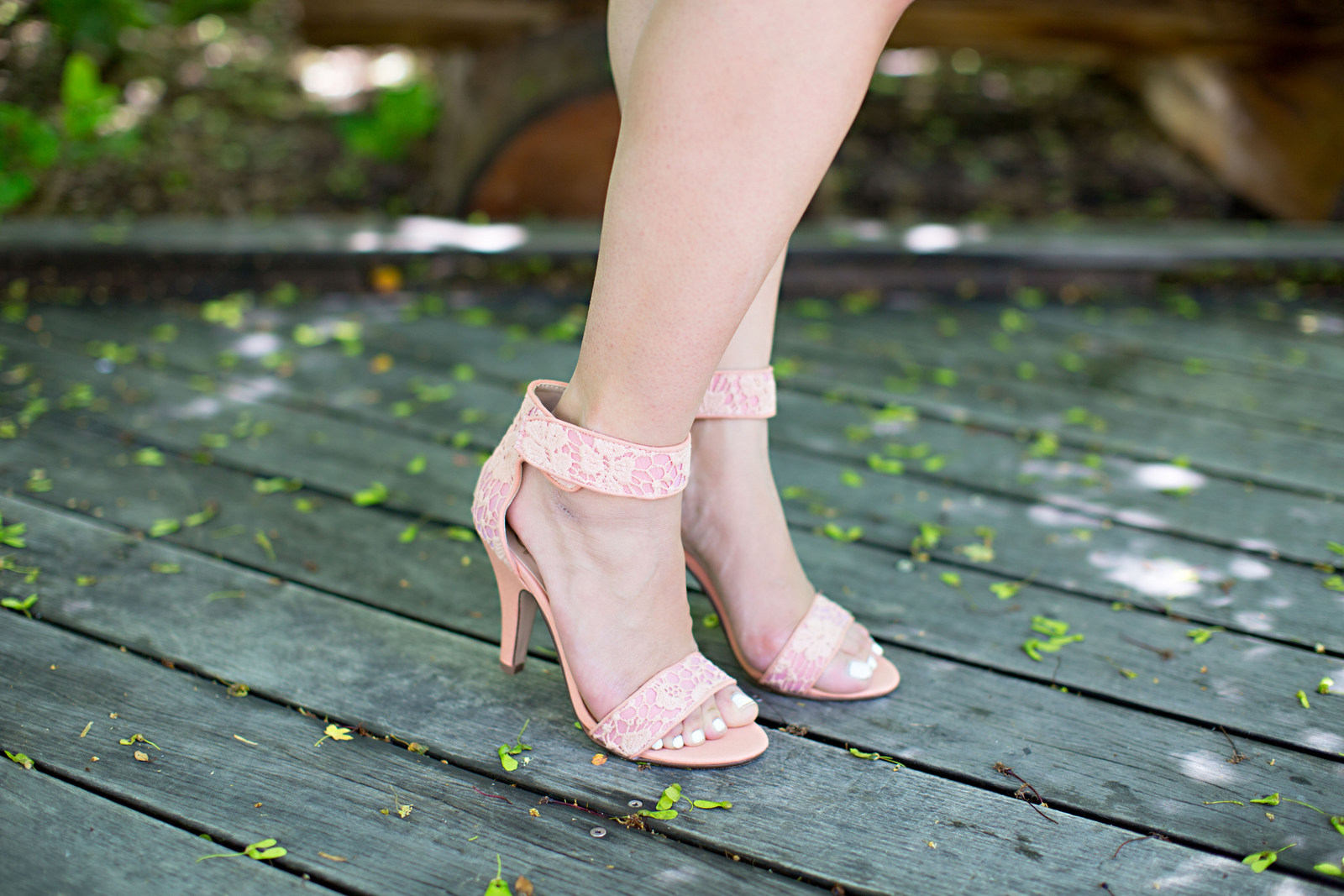 I think I can probably call this year the year of the “lace ups”.  I am currently obsessed with lace up shoes for myself and for Vivian… and when I saw this dress from Rhea Etcetera, it had me all heart eyes for the lace up sleeves!!  I just think it adds a whole new dimension and pretty Summery detail to the whole dress, don’t you agree?  I paired it with a necklace in one of the colors in the dress and some strappy Summer heels in the same shade as the dress.  To keep the tones in the same shade, I paired my rose gold bag with it and I thought the style of the bag went really well with the whole outfit too.  This is the perfect outfit for going out to happy hour with friends! 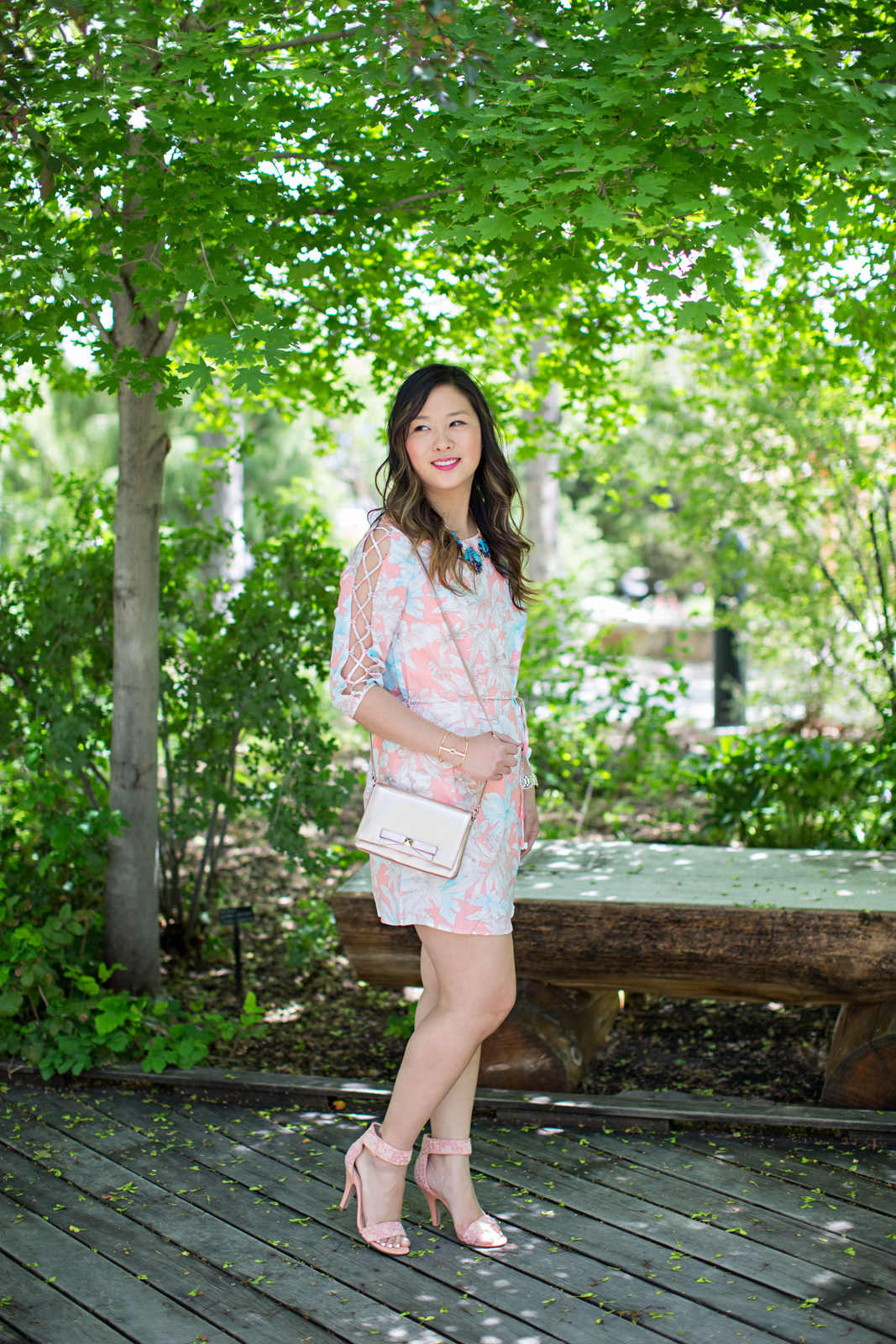 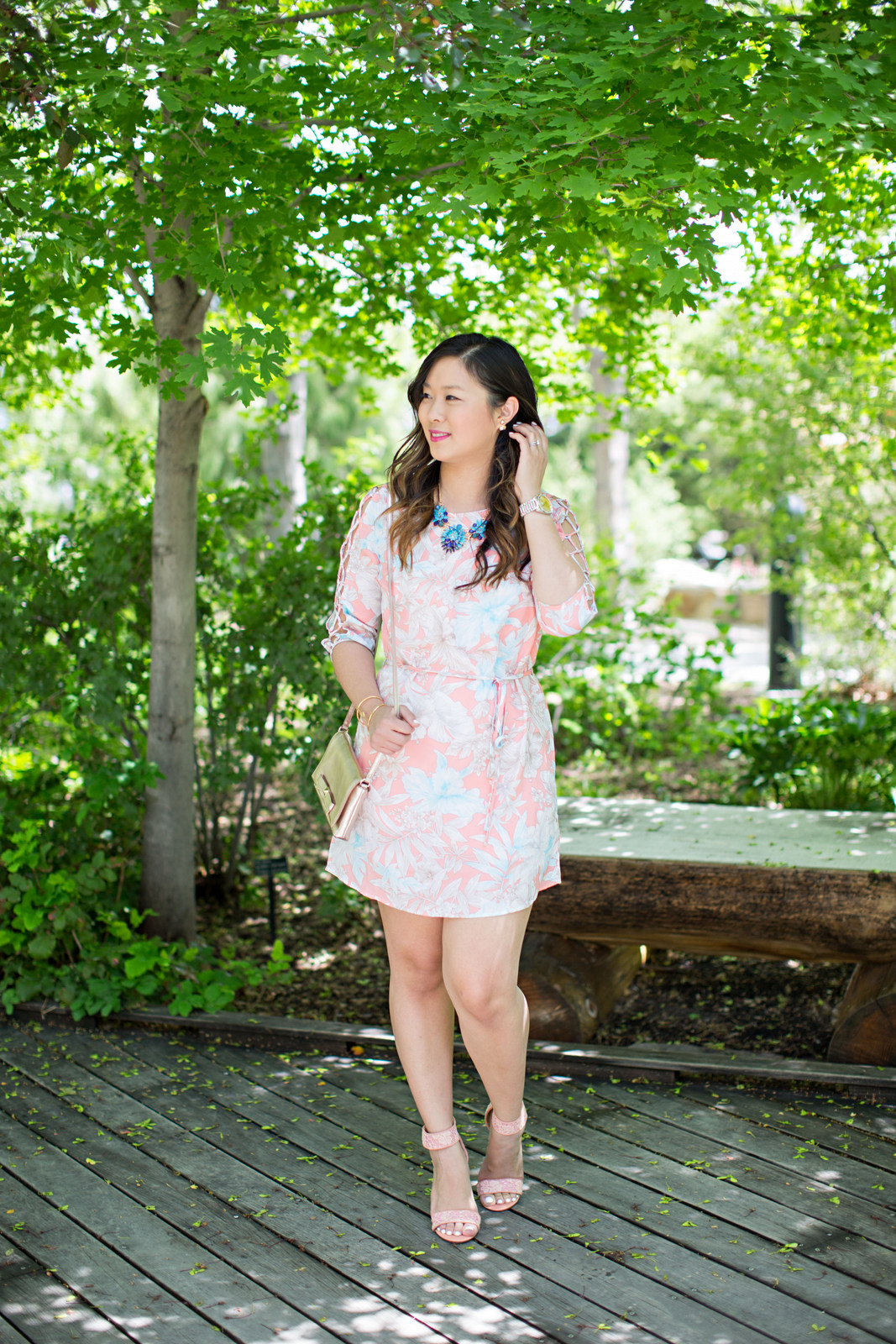 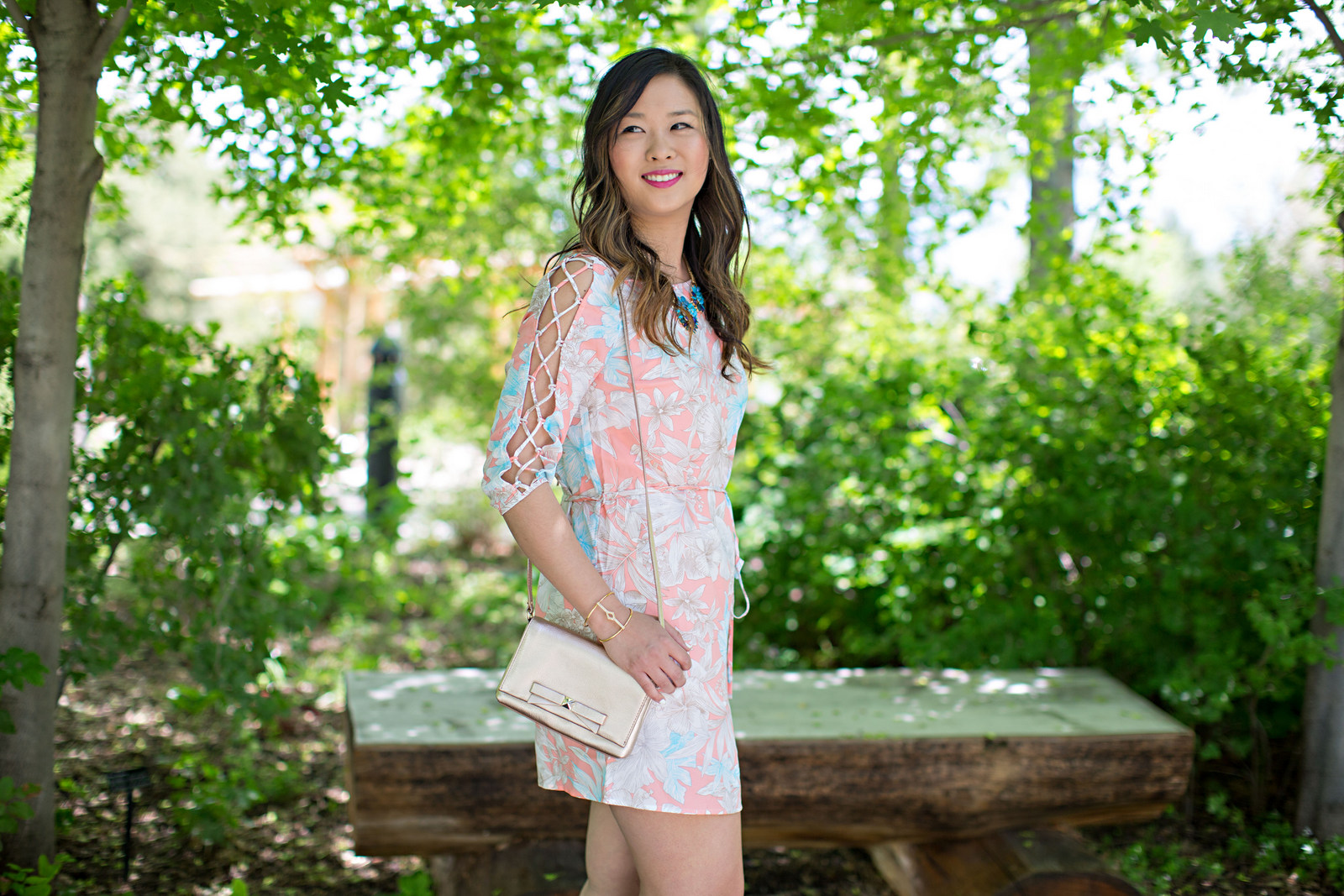 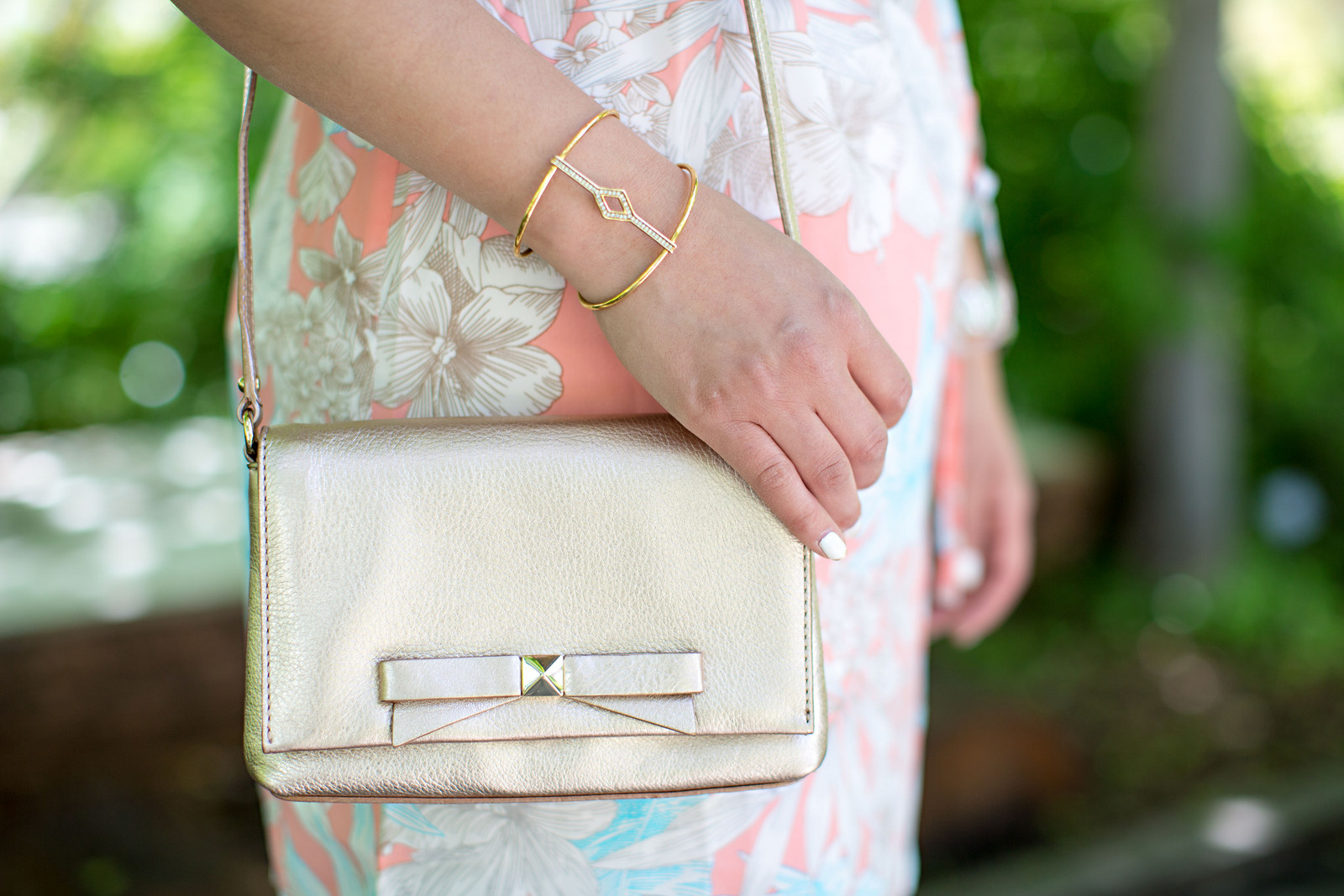 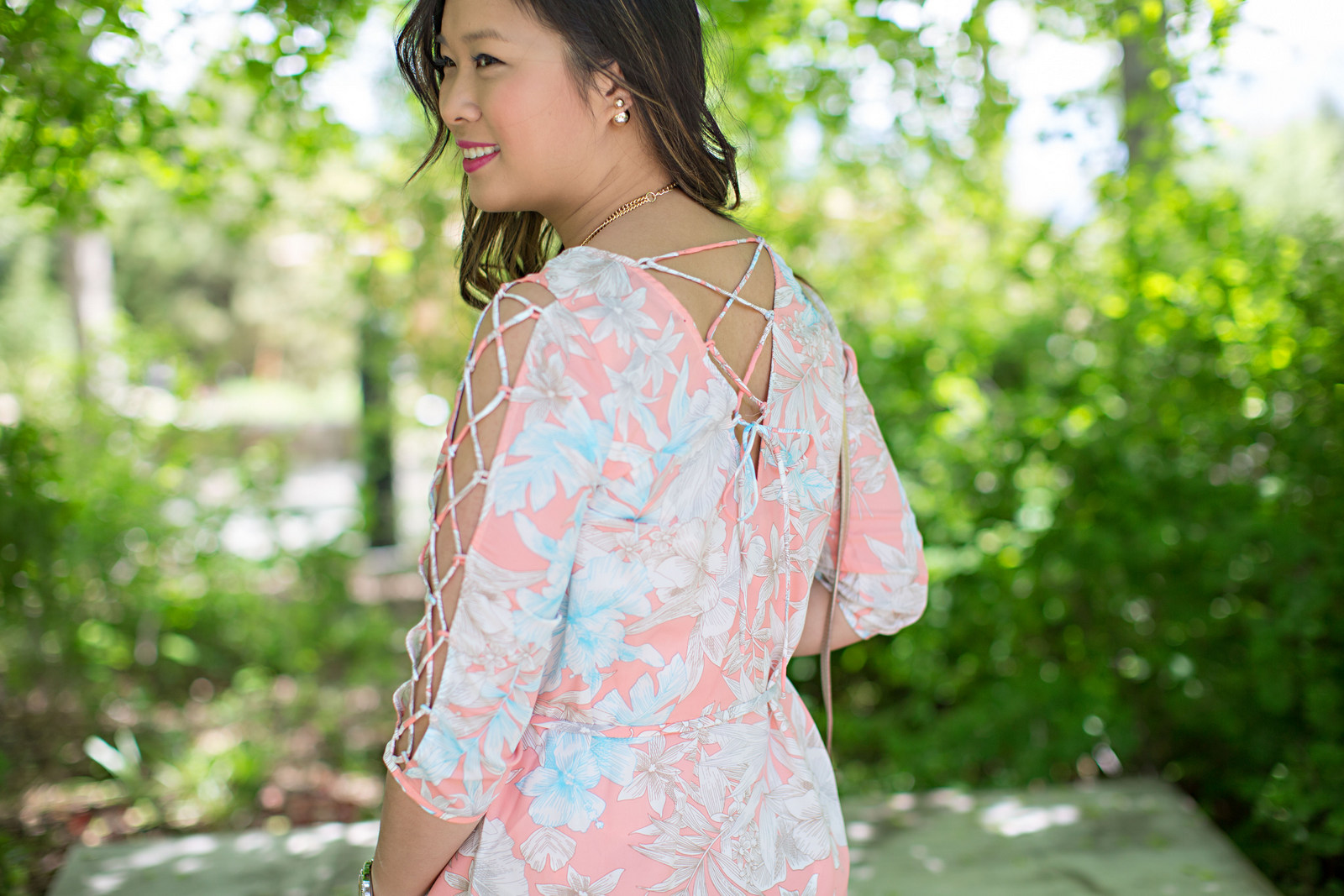 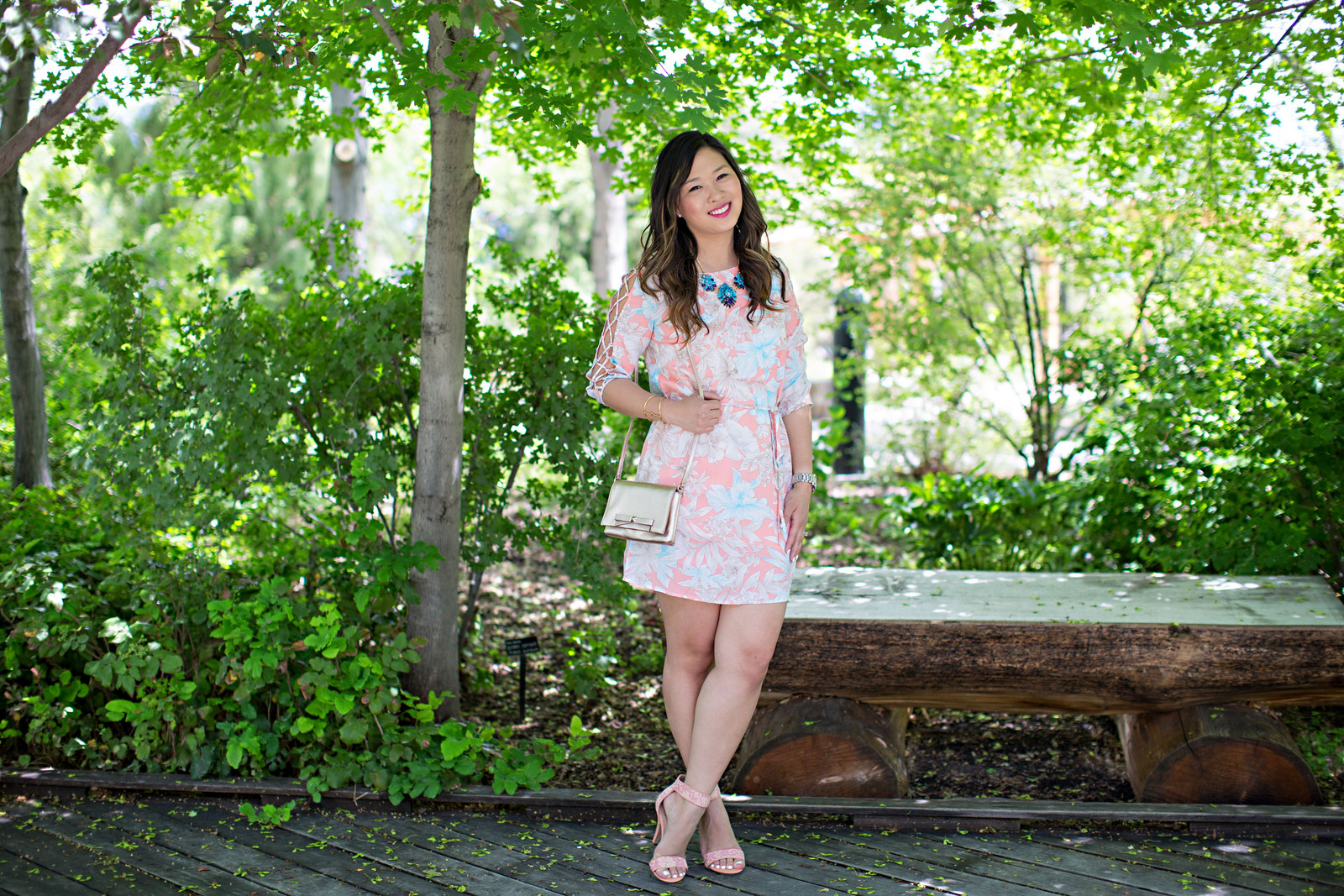