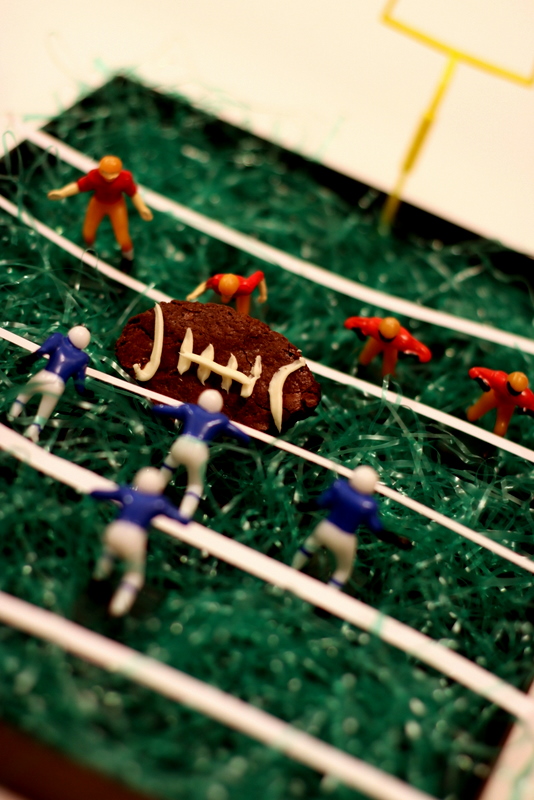 In the spirit of the upcoming Super Bowl, I really wanted to make something in to the shape of a football.  And since footballs are brown, the options were basically limited to something meaty or chocolatey.  Of course I chose CHOCOLATE!  Our last attempt at brownies was somewhat of a failure because we decided to go with the organic box kind and they were a bit too… cardboard tasting.  I must admit though, I’ve never made brownies from scratch before.  I know I know…how can I have a blog that touts cooking when I’ve always made the boxed kind of brownies?  Well, it’s time to think outside the box.  Here’s my first attempt at making Cocoa Brownies from scratch…and forming them into football shapes! 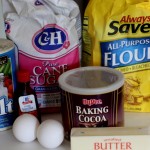 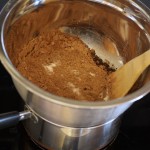 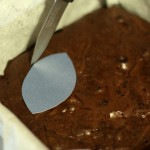 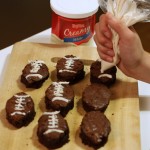 Recipe from Bittersweet: Recipes and Tales from a Life in Chocolate

If making footballs shapes, you should be able to cut out at least 8 large football shaped brownies.  Warning: You may end up eating all the brownie scraps while cutting!  I cut a football shaped template out of cardstock and then placed it on top of the brownies and cut around it.  Sure beats going to the store and spending money on a football shaped cookie cutter that you’ll probably only use twice a year, max.  To create the white lines, I scooped frosting into a plastic bag, cut a corner off the bag, and squeezed the frosting out on top of the footballs.

These Cocoa Brownies turned out to be one of the best brownies I’ve ever eaten, seriously.  They are fudgy, chocolatey and not too sweet.  They were rather simple to make and not too time consuming either!  Think outside the box and you’ll be rewarded! 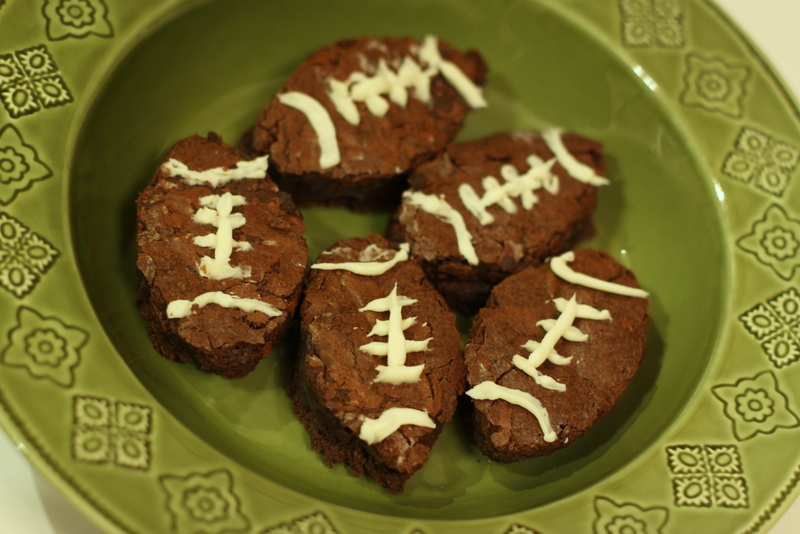 These football brownies are sure to “score a touchdown” at your tailgate party!