This post is sponsored by Kozy Shack®, but all opinions expressed are my own. 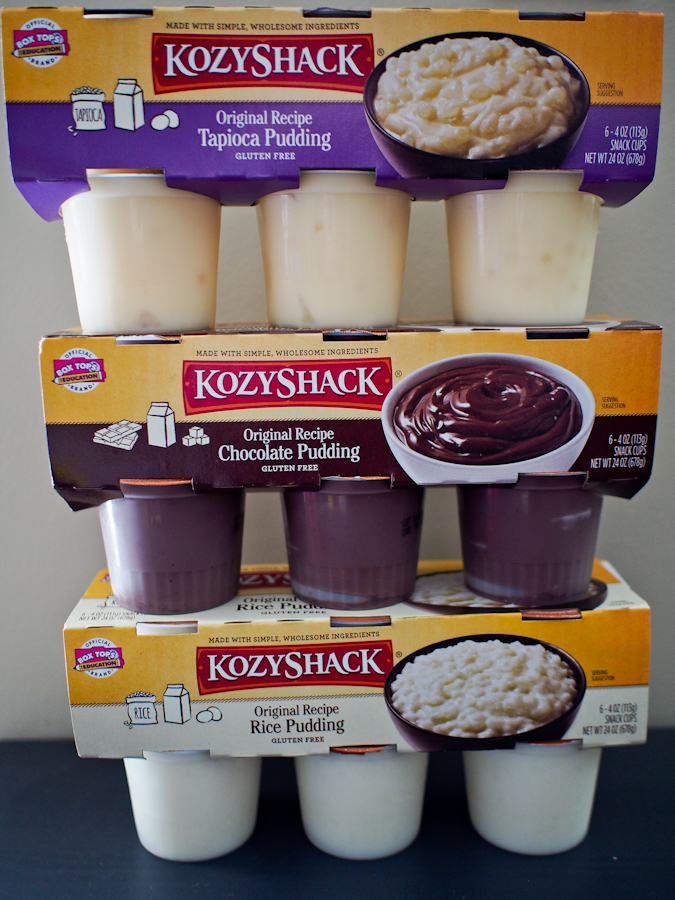 Life with my 2.5 year old lately has been quite busy.  With the weather being nice outside all the time, we’re constantly out and about and on the go, which means I always need to be prepared with quick snacks for those times when the toddler is about to turn hungry and cranky.  This is where Kozy Shack® Pudding has come in to save the day.  Kozy Shack® Pudding is pudding made right—made with simple, wholesome ingredients, so it’s simply delicious. While it is available in a range of flavors, here are three that I decided to pick up from the store to try out: tapioca pudding, chocolate pudding, and rice pudding.  All three puddings are made with wholesome ingredients, including real milk and no artificial preservatives or hydrogenated oils. All three are a good source of calcium. Kozy Shack® Pudding are also gluten free. 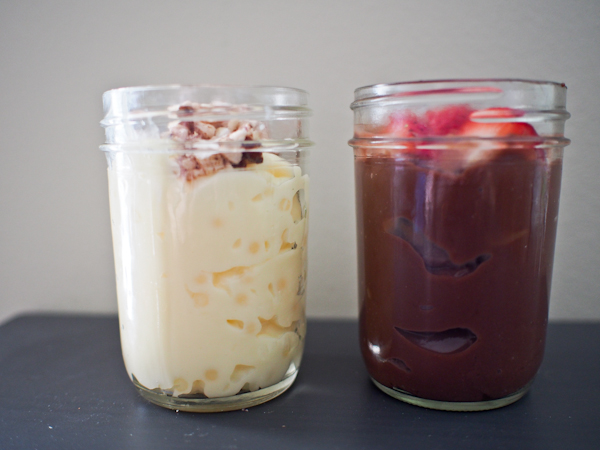 Whenever I introduce new foods to my son, I know that I have to make it interesting so that it will be a food that he will love for years to come.  So I decided to present him with two choices, the tapioca pudding and the chocolate pudding and added some granola in one and strawberries in the other to mix it up a bit!  When I presented the two to the little guy, he literally sat there for minutes trying to decide which one he wanted.  He went with his usual “Eenie Meenie Miny Mo” stint and still couldn’t decide… but he ultimately chose.,. 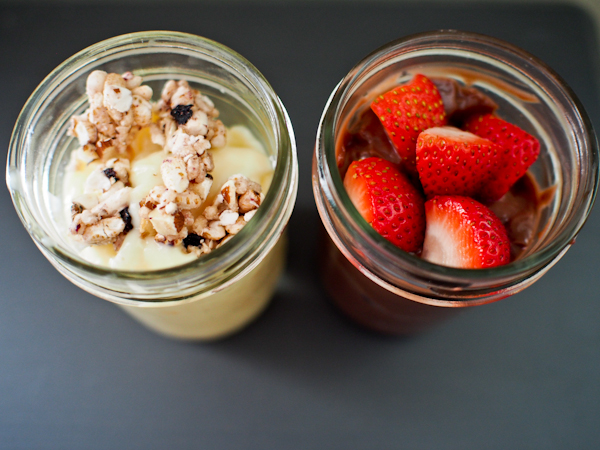 Chocolate of course!!  I think he pretty much chooses chocolate everything these days and I can’t blame him. 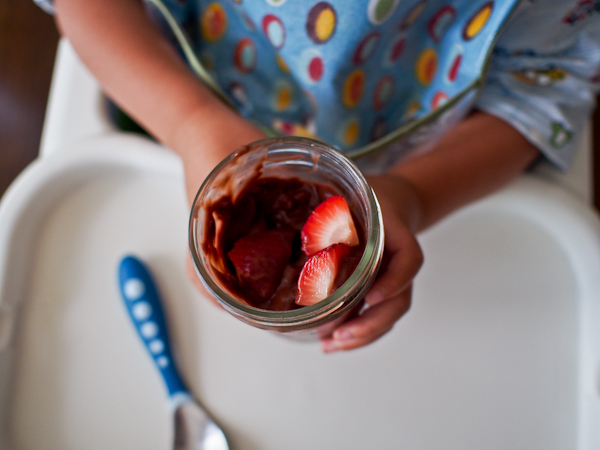 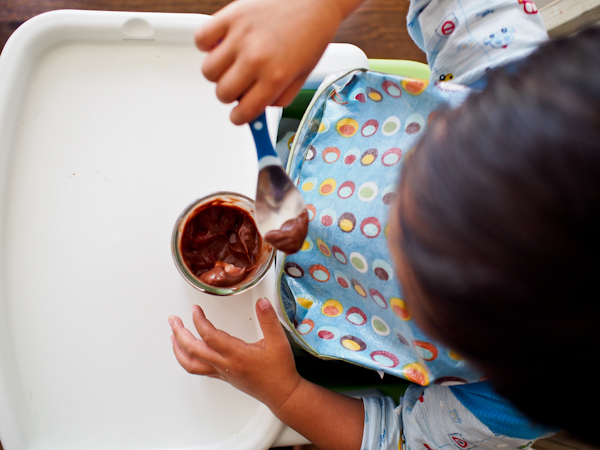 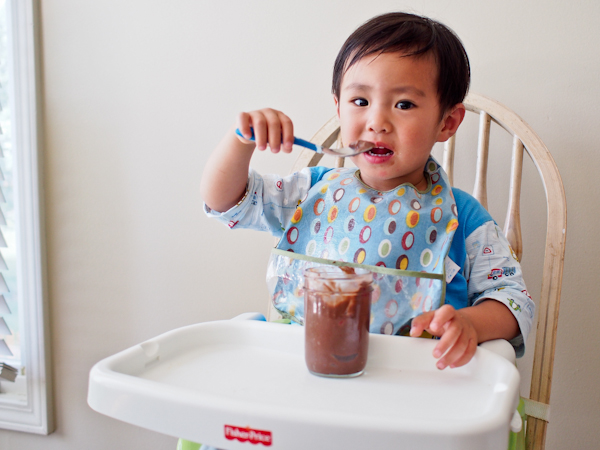 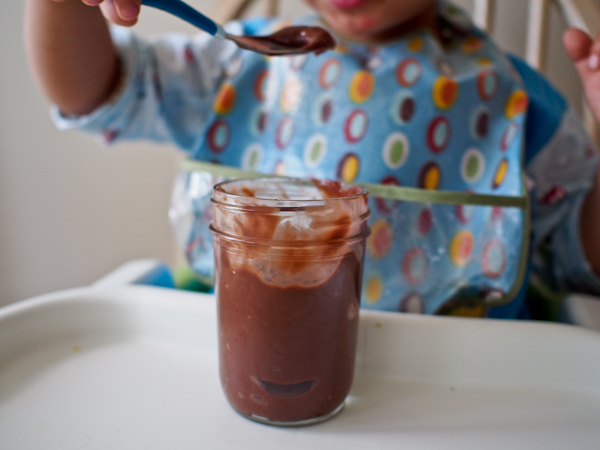 I literally had to fight him to pull the jar away from his so he wouldn’t eat it all in one sitting.  I think half of a serving cup is the perfect size for a single snack sitting for a 2.5 year old, although I am sure he would beg to differ.  😉  Personally, my favorite is the Tapioca one because I’m always a fan of boba or tapioca or little pearls in my drink or food because I think it’s fun.  But either way, I’m just glad to have found a new snack, made with natural ingredients, to enjoy around our house!

Enter below for a chance to win 2 premium, ceramic Kozy Shack® Pudding mugs with spoons.  One winner will also receive a product coupon good for one (1) free package of any Kozy Shack® product, up to $4.99 value. 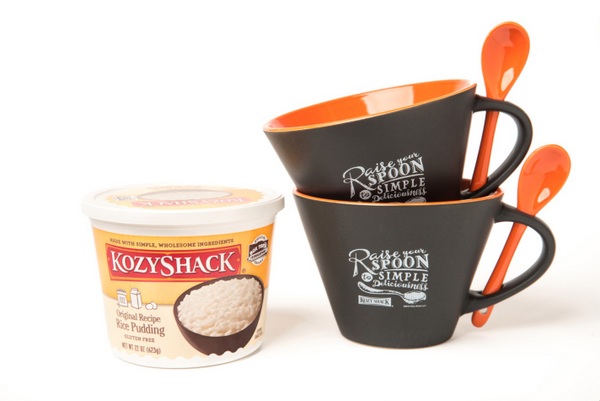