This post is sponsored by Philips, but all opinions expressed are 100% my own.

I know what you are thinking, this is one of those talking about and showing how my life is all perfect posts. Actually, it’s not. Because the terrible twos really are here and they are wreaking havoc on our family. As a mama of 2 children, this is our second round of it and there’s about an average of two tantrums per day from our two year old, every day. But even through all of it, when the tantrums are over, there is a sweet, spunky, sassy two year old at the end of it who makes me laugh and smile constantly. Call me crazy, but there are things I really love about this crazy two year old stage, and I’m going to spell them out for you! 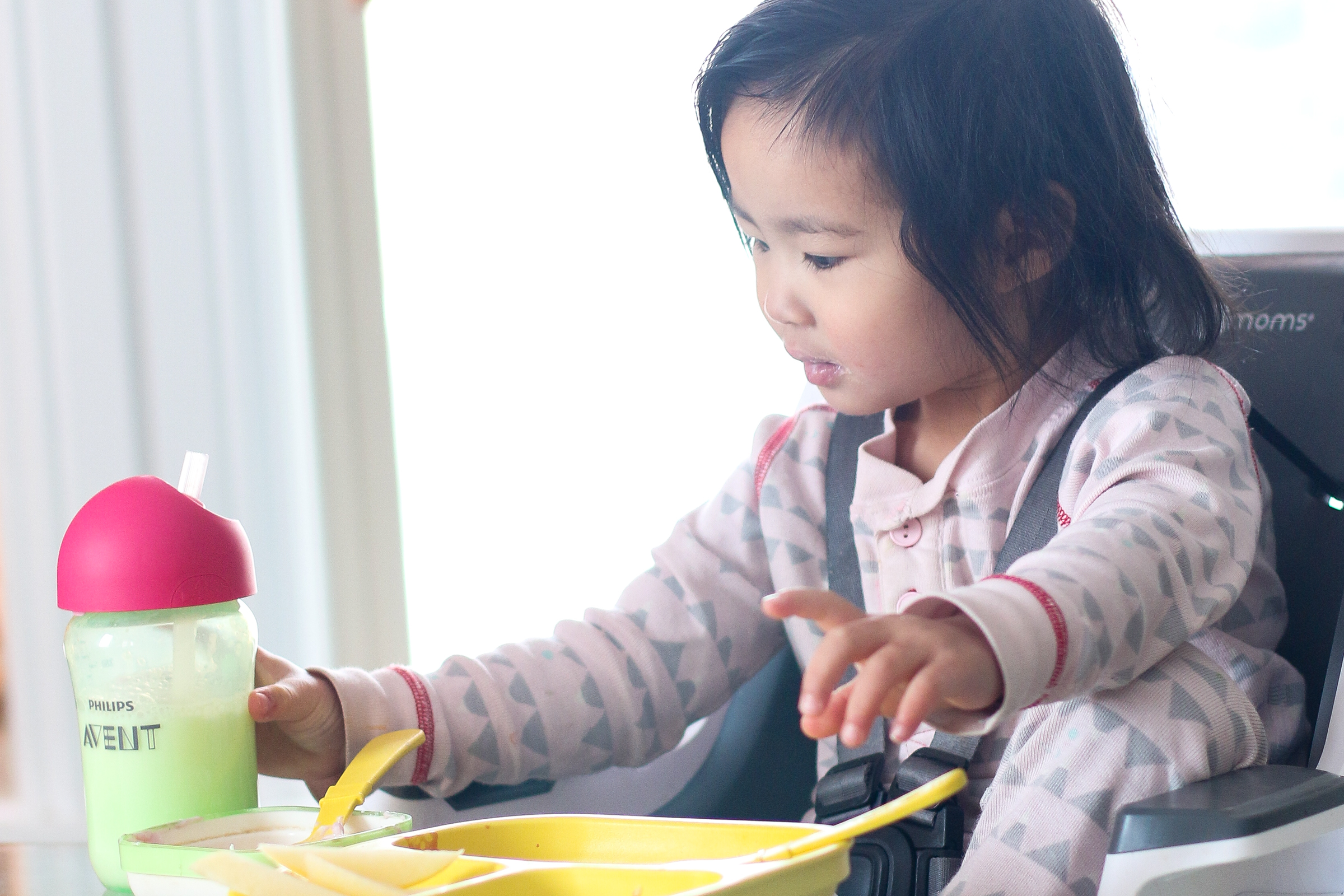 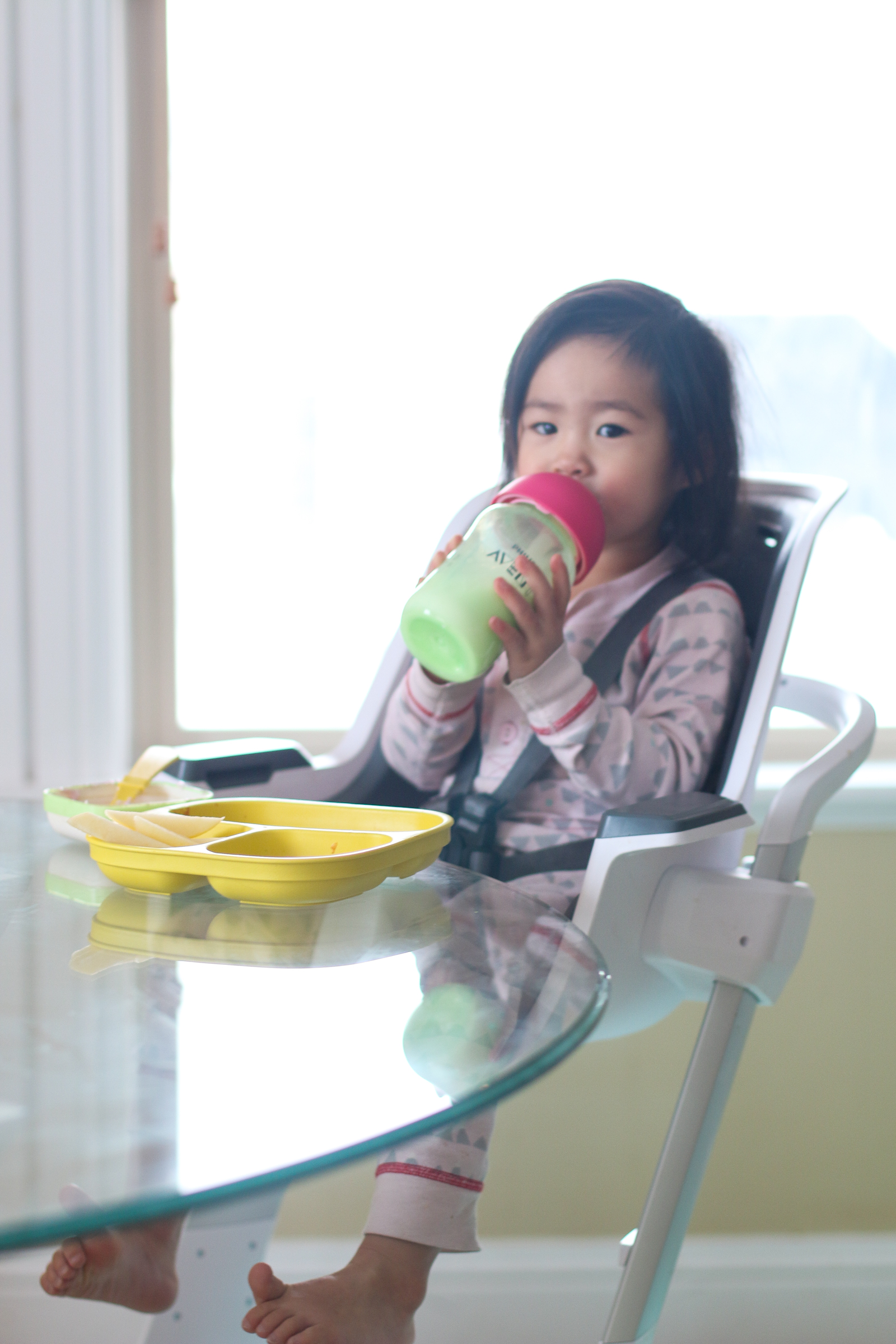 1. The funny things they say.

I wish I could record everything she says, all day, every day. From the way she counts, “1, 2, 3, 5, 6, 9, 10, 12…” to the way she says “Mama, close your eyes, you go to sleep” while patting me on the back, pretty much everything she says is funny (when she is a in a good mood). Her words or all the new things she learns from school really amaze me and make me laugh all the time.

2. Graduating from baby food, on to adult foods.

It’s really great that now she can pretty much eat and drink all the foods that we do and we don’t have to buy anything separate just for her. She drinks 2% milk, just like her brother, and loves out of her Philips Avent Straw Cup. We’ve gone through a lot of cups in our day and this one is great because you don’t have to tilt it like a sippy cup (although sometimes she still tries to) and it is seriously leak proof. Oh my gosh, we’ve seriously gone through so many cups that leak but the mechanism in this one is great. And once you are done, you can twist the cap to have the straw be hidden for storage.

3. They love to help, a newfound independence.

I think “I do it myself” might be one of her favorite phrases right now. She is at the stage where she literally wants to do it all herself, change her diaper herself, get in her high chair herself. I love that she is trying to be more independent at things, although there’s some frustrations that come with it when they can’t really do it but also don’t want to ask for help. Sometimes this type of thing can lead us down tantrum territory but we have learned to diffuse these situations for the most part. But even better, having her being able to throw out her own diapers, tissues and wash her hands has really been helpful, for us all.

4. Each day is an adventure.

You really don’t know what you are going to get each day, and that can actually be good or bad. Usually though with her, she loves trying new things and I’ve found that she really just has to be in a good mood, and then she’ll be so brave. We’ve taken her roller skating, bowling, tumbling… all things that she would just jump right in and try. Except other things like sledding, she was scared of which I thought she would have really liked! But the best part is watching her play with her toys, treating her dolls like babies, pushing her brother’s garbage trucks around like they are her own toys, and the excitement that comes with it.

At the end of the day, her hugs and kisses are the very best. No matter what happens, through the tantrums, they wake up the next day, ready to take on the world. And whatever happened during that tantrum time when they were so angry at you, is in the past and a new day is ready to conquered. Two year olds rarely hold grudges (well it CAN probably happen) but the younger they are, they are probably less likely to! 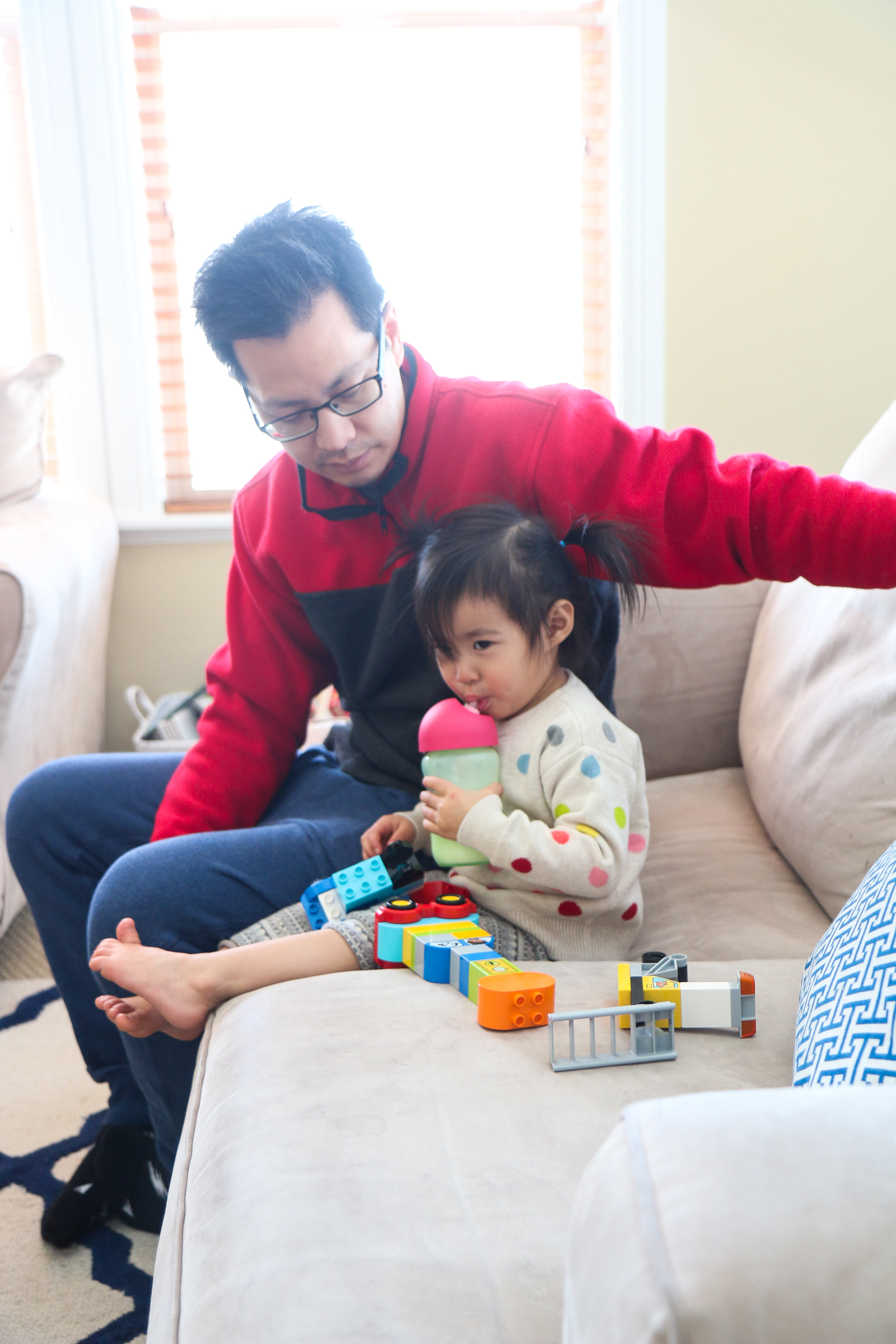 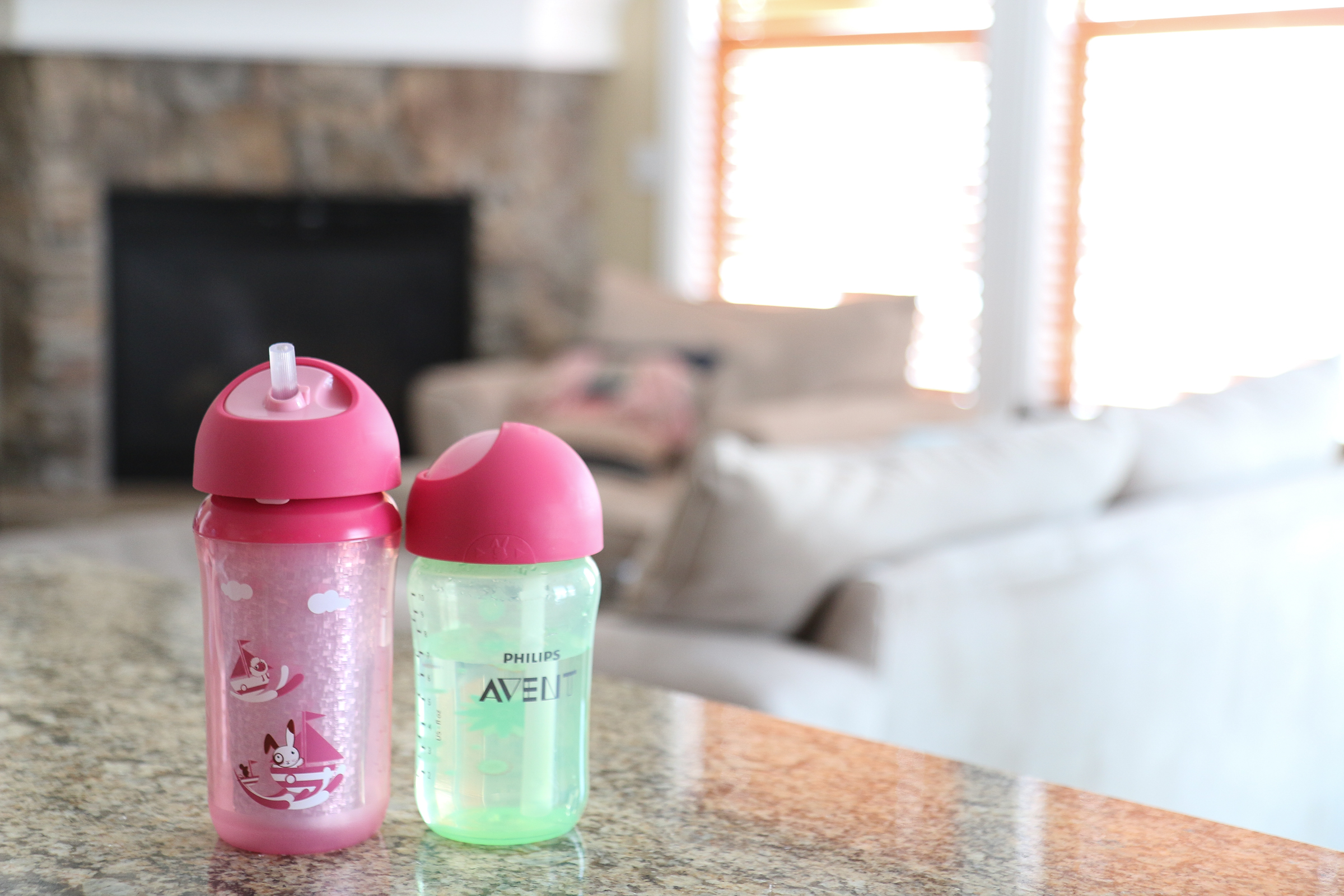 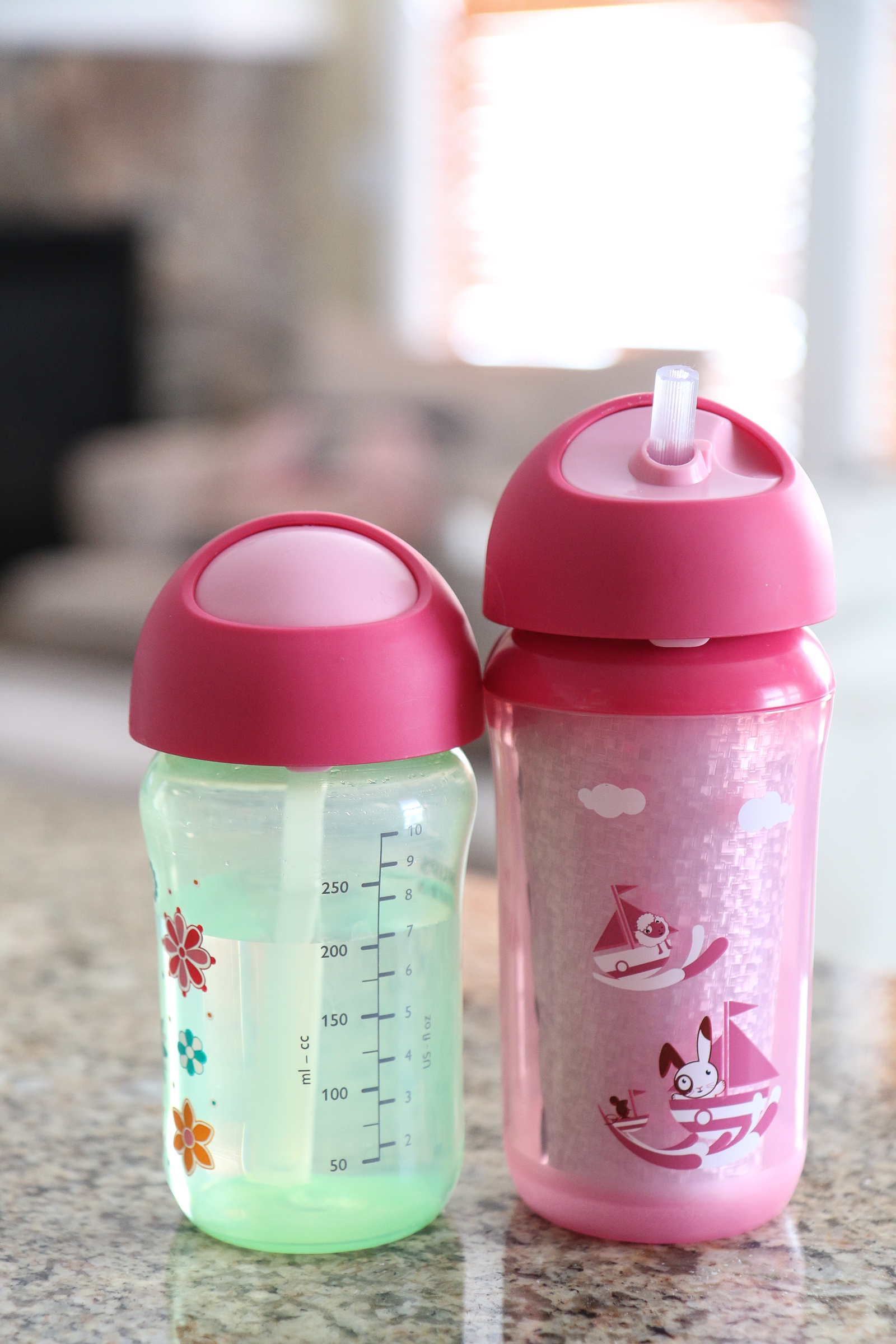 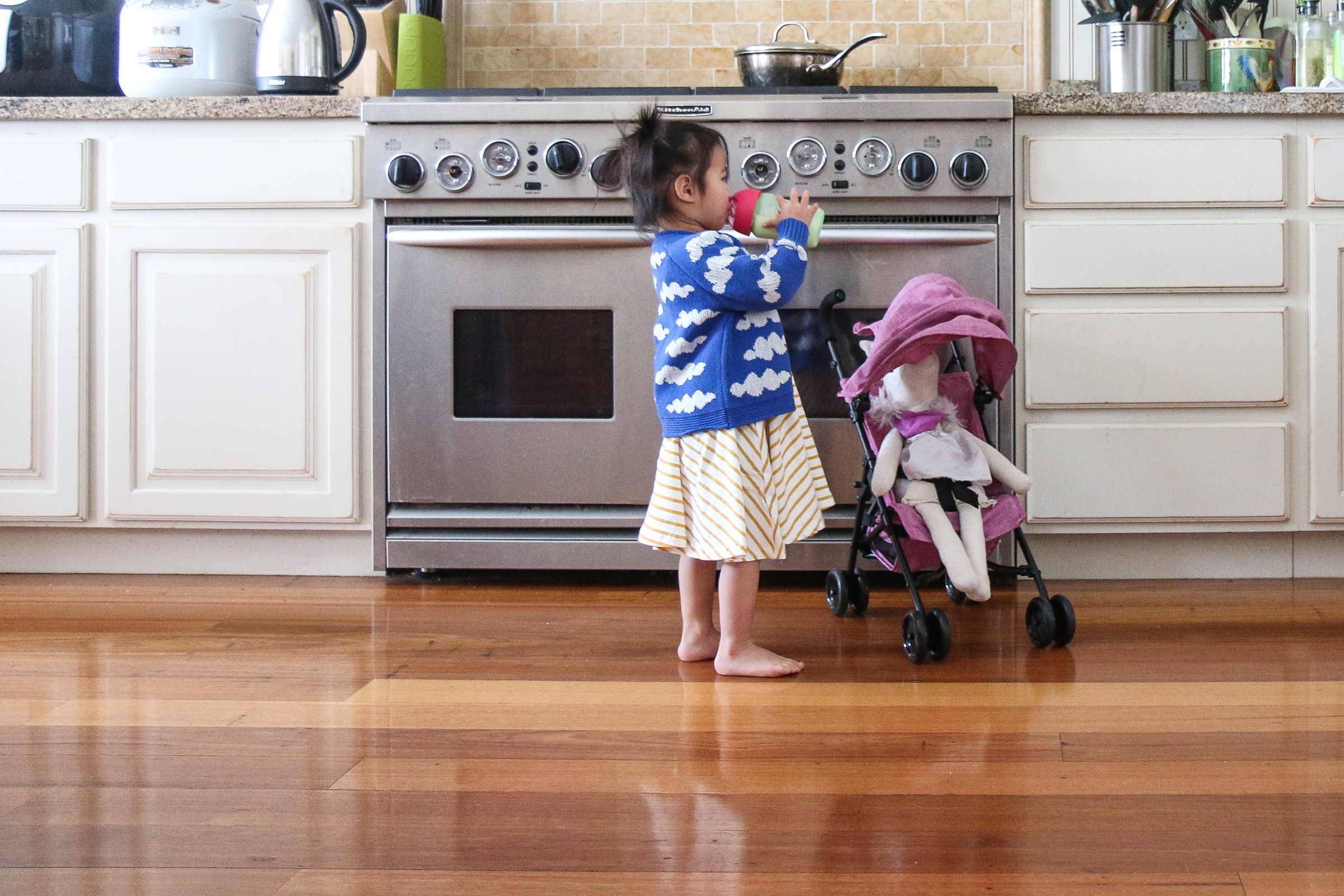 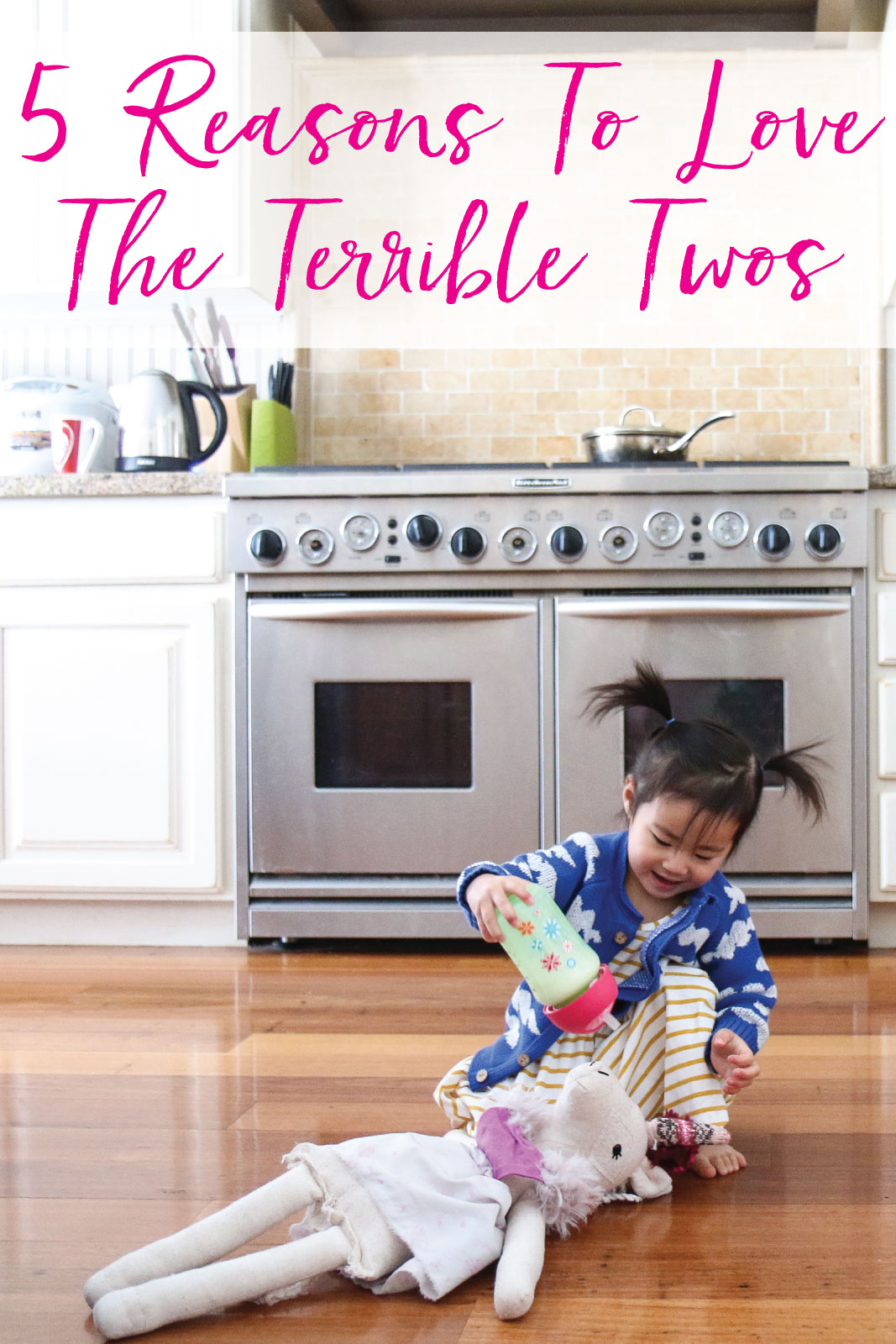 But a few things to remember when you are in the middle of a tantrum – is that this phase is just a phase and it will pass. A lot of times you just have to let your toddler let it out and when they are in that “moment”, sometimes nothing you can do can stop it. Or it’s about finding those things that acn distract or disrupt that tantrum. And lastly…. the threes quite possibly be worse than two (or at least it was like that with our son) HA!!