I can’t believe it, I can’t believe that Vivian is already 4 years old!! Our little toddler is now a big girl and seriously growing so fast. For this year, Vivian wanted to invite a lot of her school friends, so that we did. Right now, Vivian is really into princesses, and Elsa and Anna from Frozen are her absolute favorites. So of course, I had to give her the princess party of her dreams. This year, I decided NOT to do a dessert table and just go a little more simple than my traditional parties. Instead, I chose to decorate our dining table area and used our buffet as the dessert table! And then I used a bar cart for holding party extras and favors! 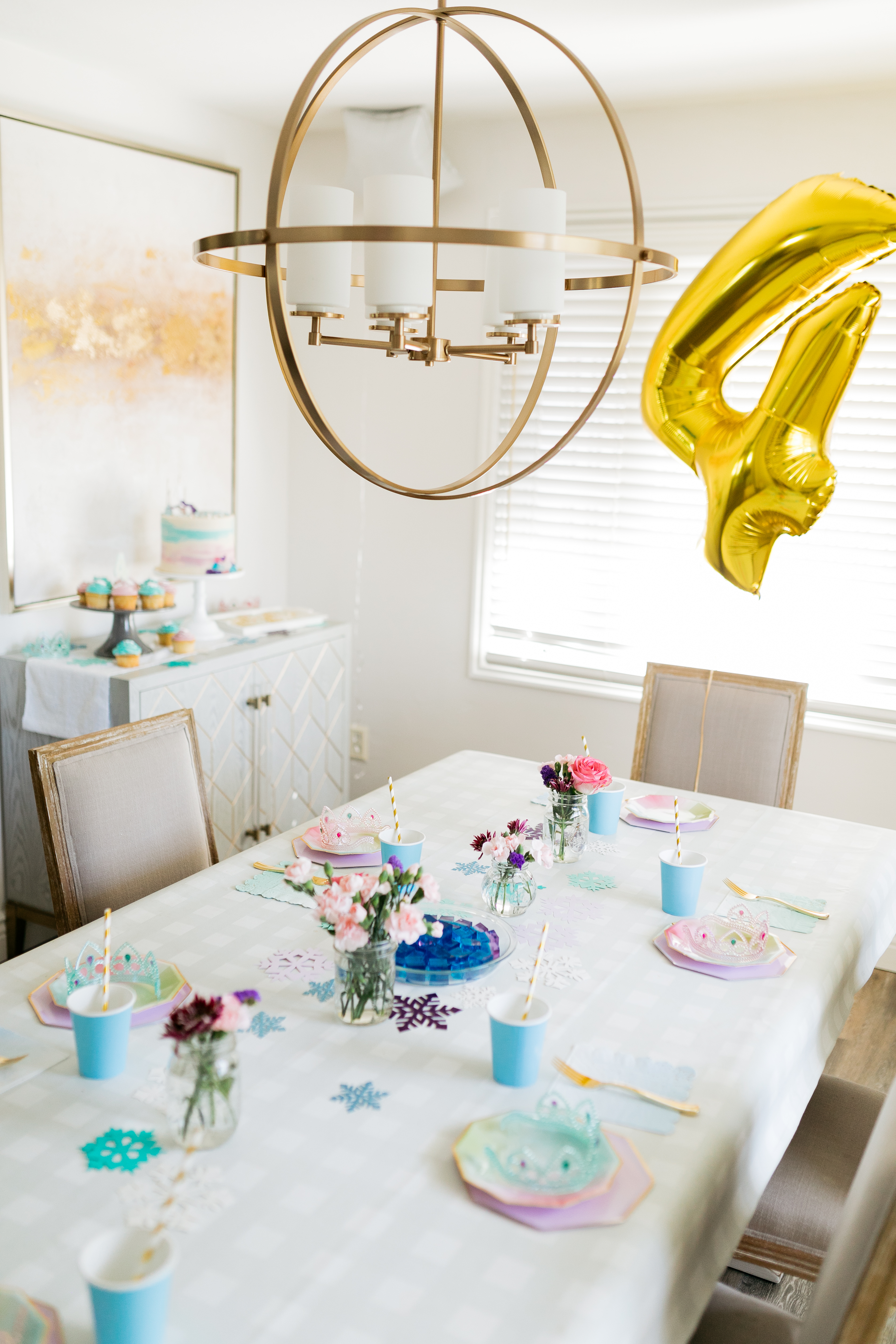 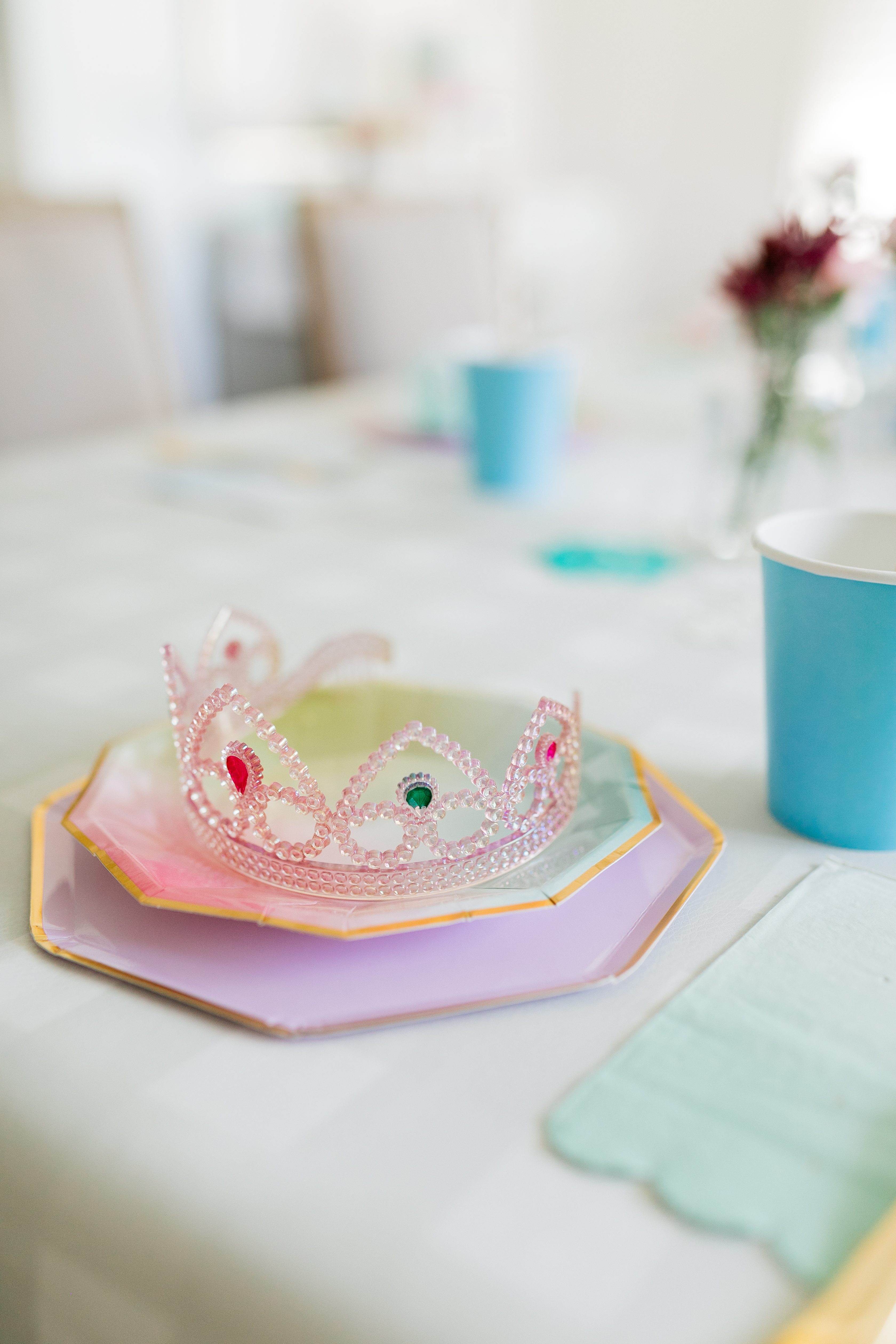 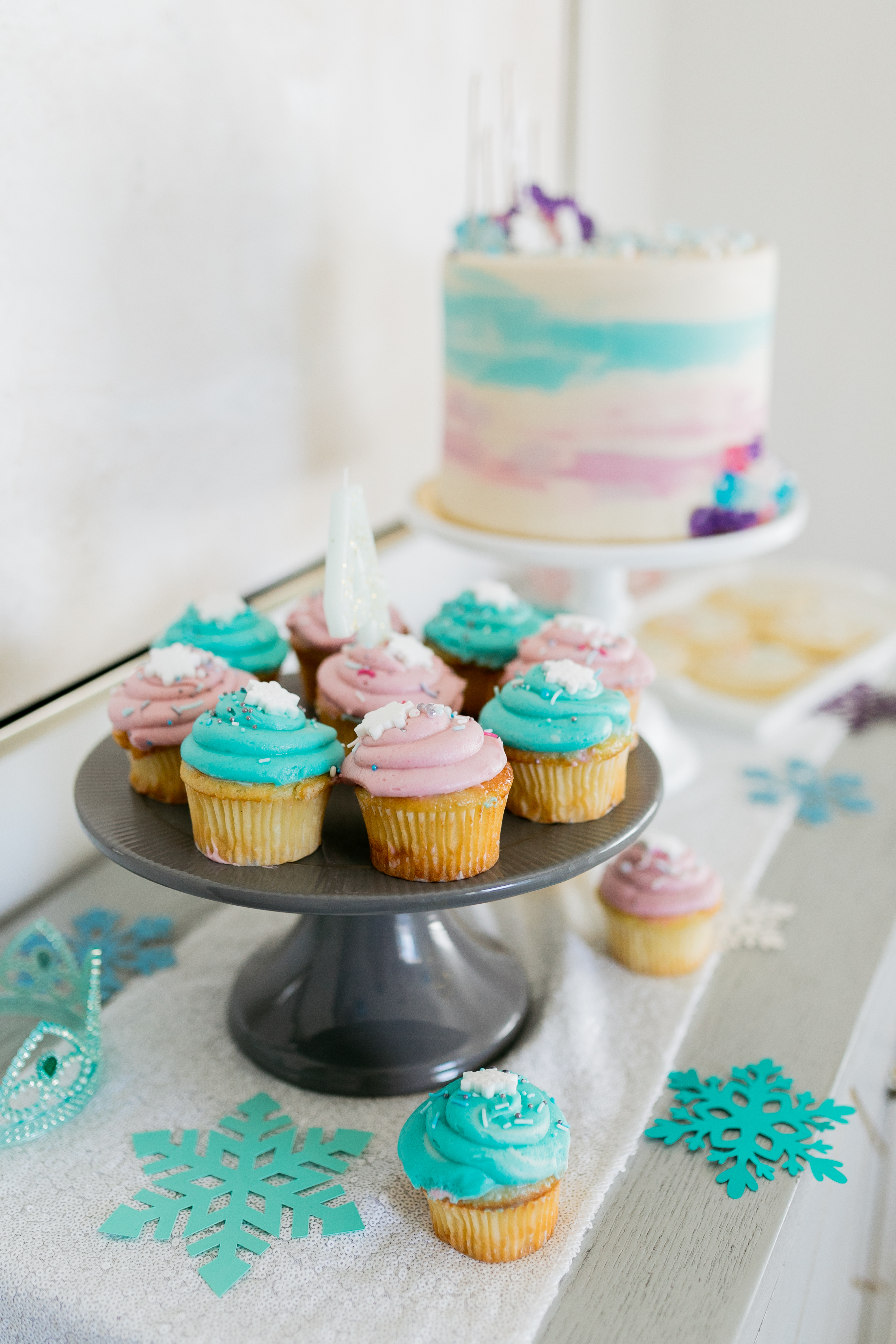 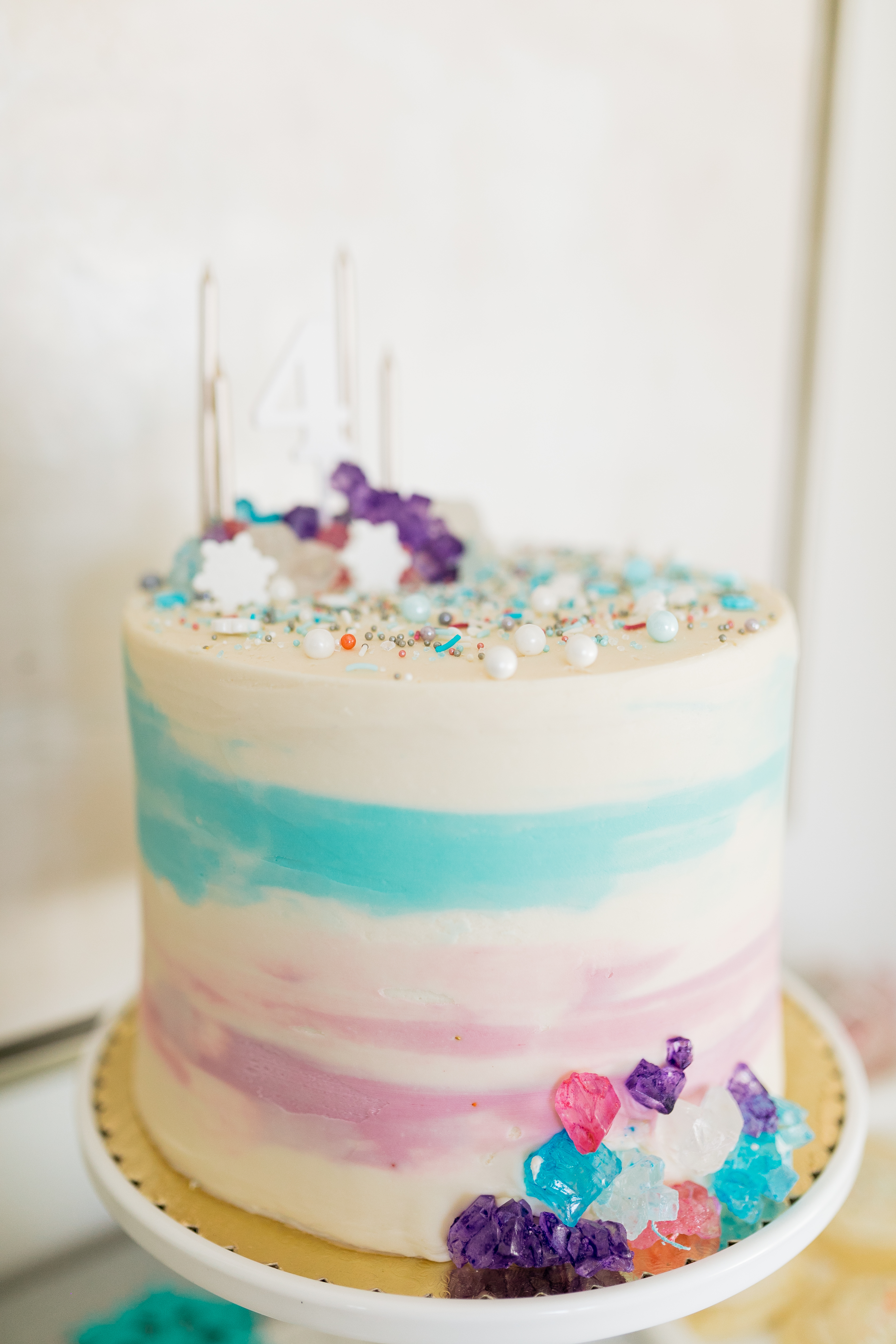 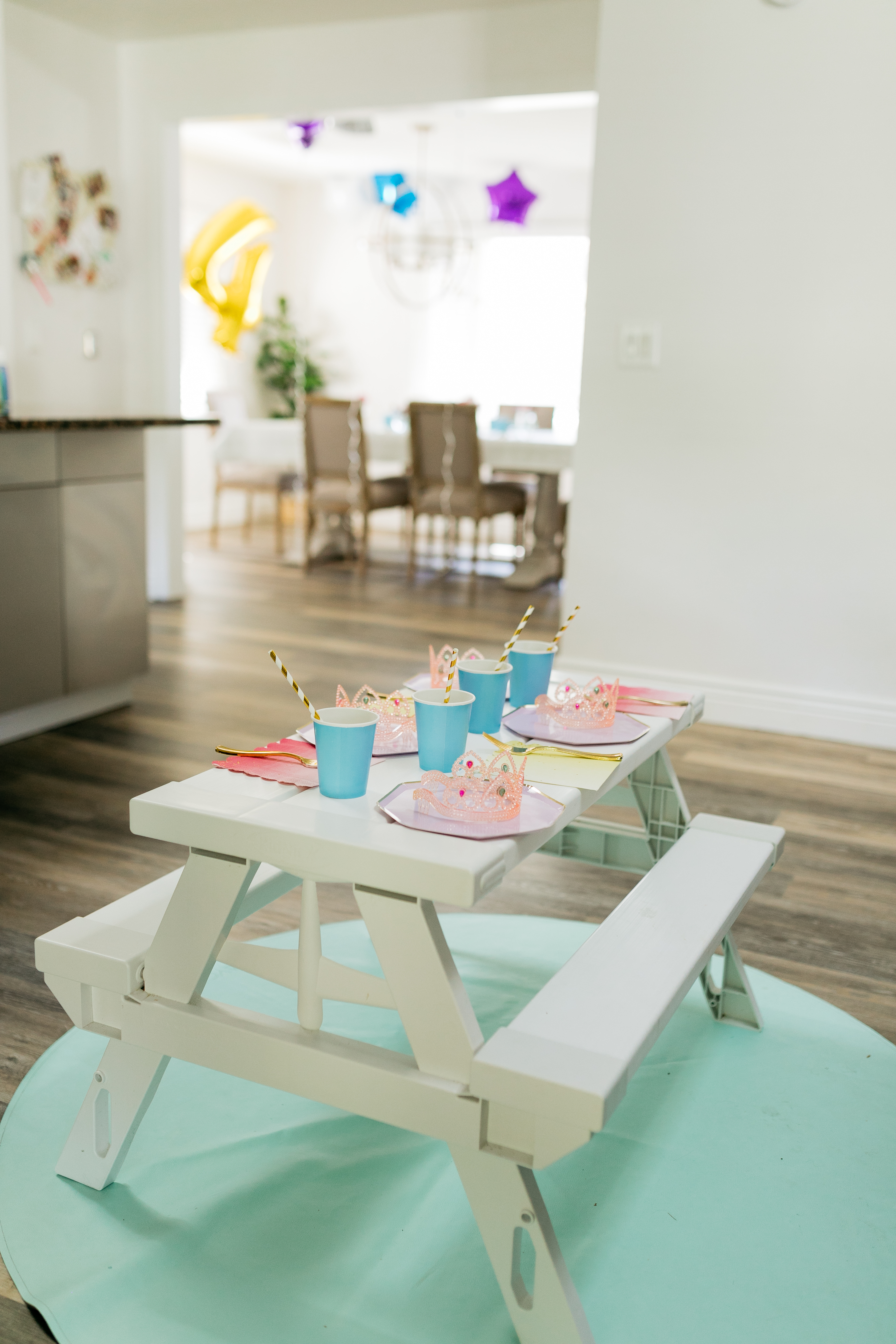 For her party, I wanted a Frozen theme / colors inspired party, but didn’t want to go too cheesy with it! The main colors for her party were purple, mint and light blue with bits of gold (instead of silver, just because I like gold) and pink and rainbow sprinkled about as those are some of Vivian’s favorite colors (and yes, she considers rainbow a color haha)! The cake, cupcakes and cookies were provided by Sweet Tooth Fairy, local Utah bakery, but if you aren’t local, you must try their Jumbo Cookie Sampler (which can be shipped to you and are to die for)! And of course my mom made her traditional 3 layer jello and for the middle layer this time, she used a clear jello and it made this fantastic pink to blue ombre jello that looked like an ice cube which was perfect for the Frozen theme! I loved scattering the dining room with purple, blue and white star balloons for an added effect. 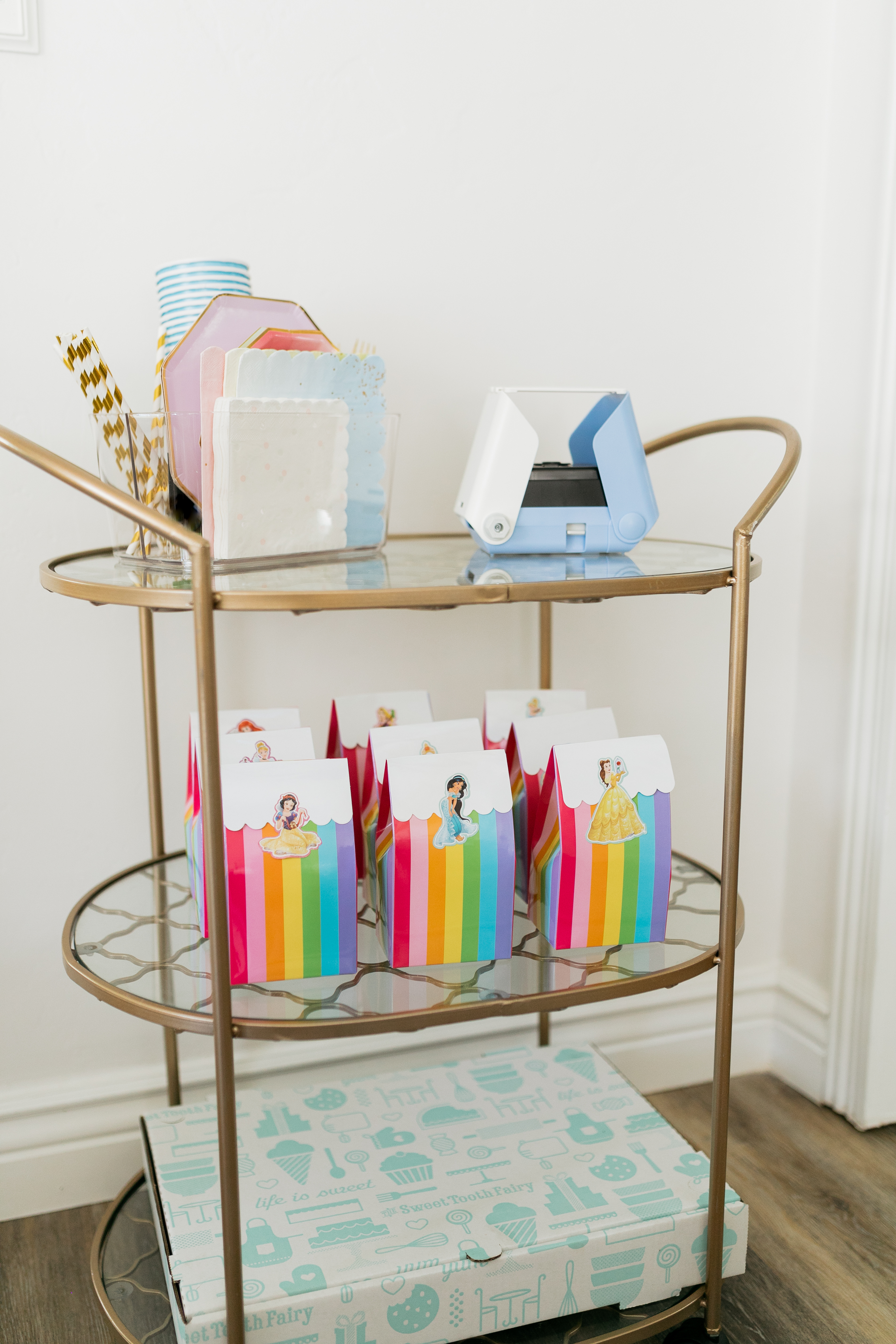 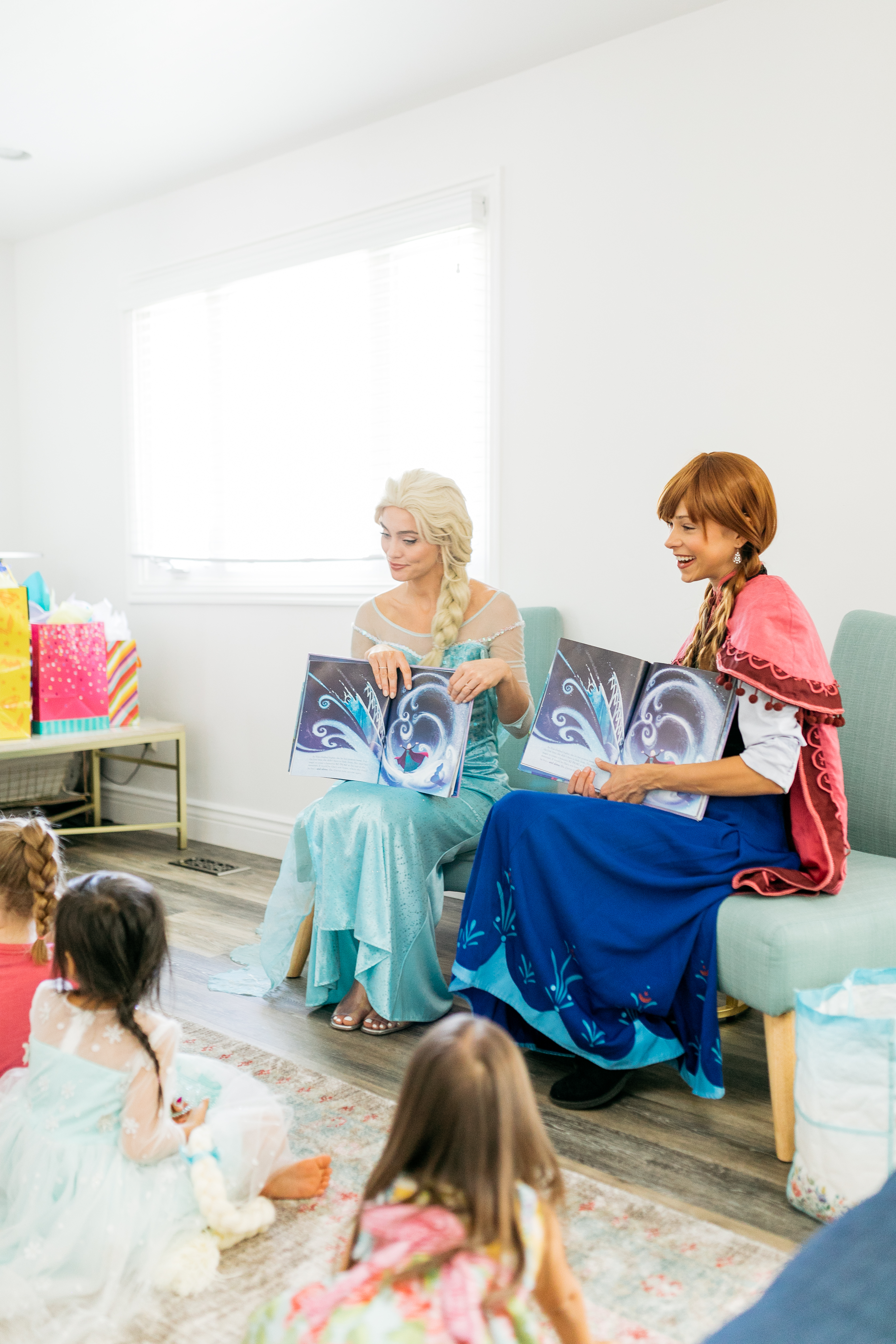 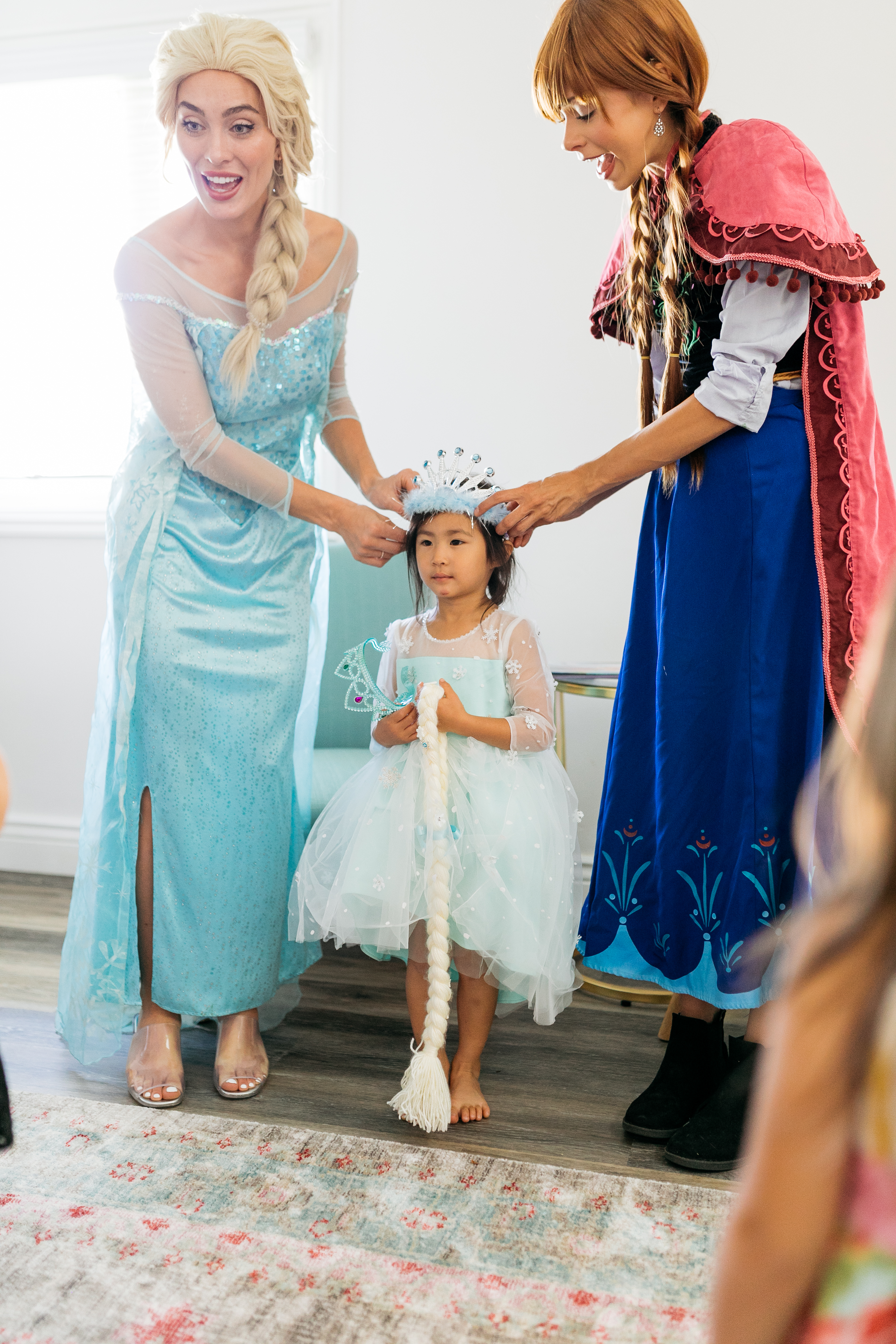 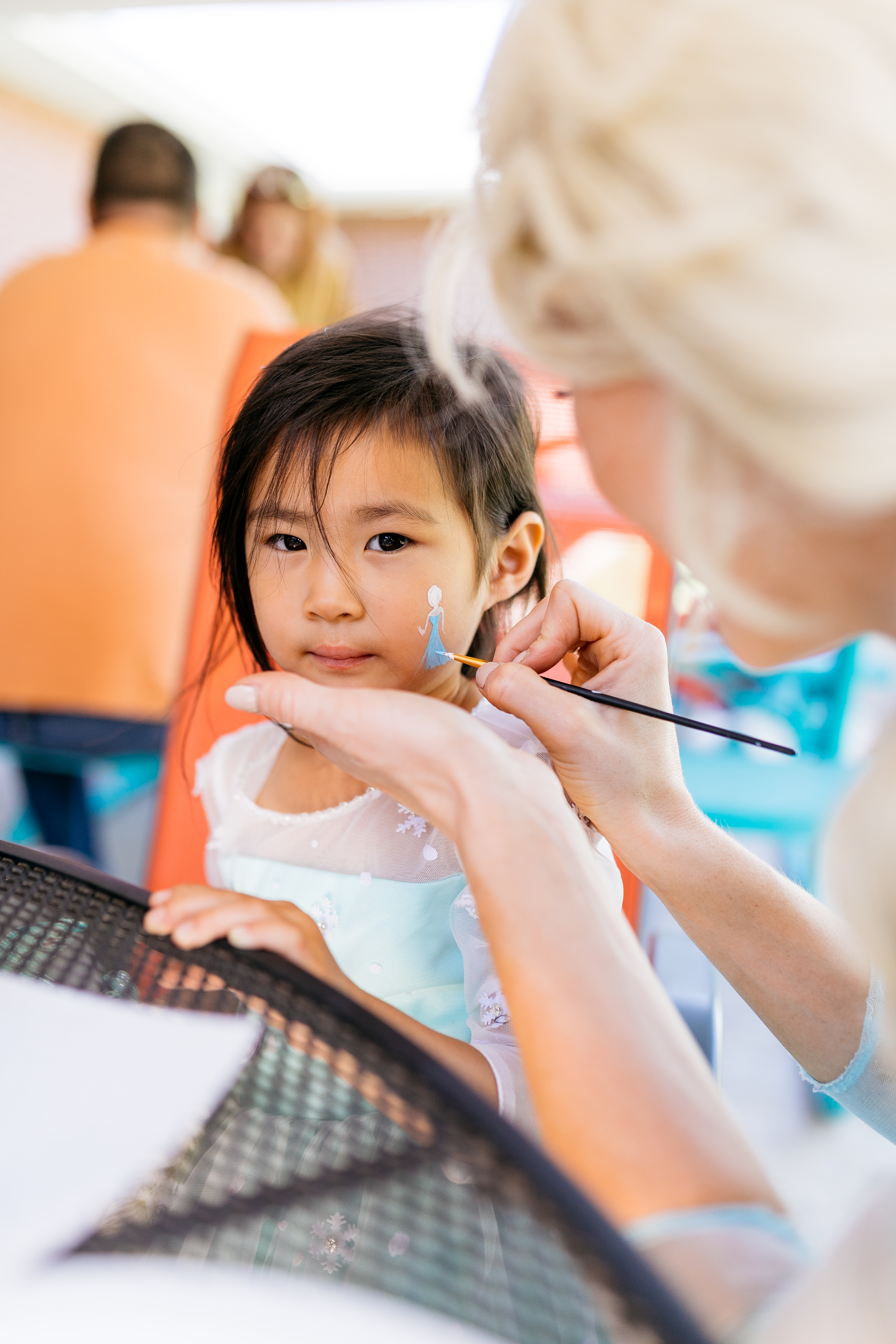 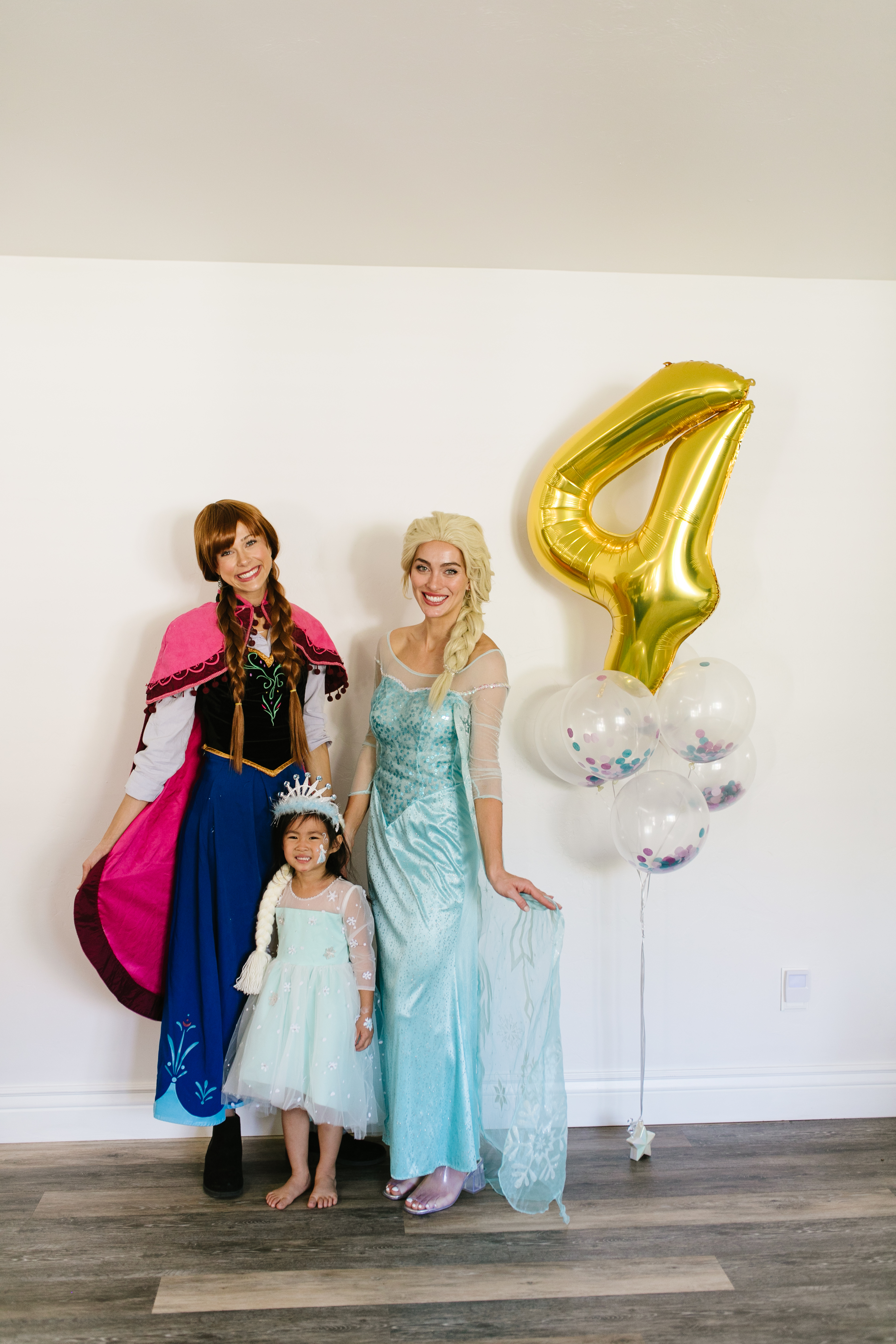 The highlight of the party was when 2 Snow Princesses arrived from Princess Parties By Natalie to really spruce up the party! They stayed for 1 hour and read a story, crowned Vivian a princess herself, did face painting for the kids and just gave them a lot of attention and love! All the girls were in awe by the princesses and Vivian was especially SO SO happy to have them at her party!! They did a great job playing in character and were so sweet to the kids. Vivian still can’t stop talking about them now! Vivian’s dress was created by Tulle Love By Gwen (in Singapore) and her ice princess braid was from Bowtiful Joy – they were both so absolutely magical pieces that really made her feel like a princess on her special day! 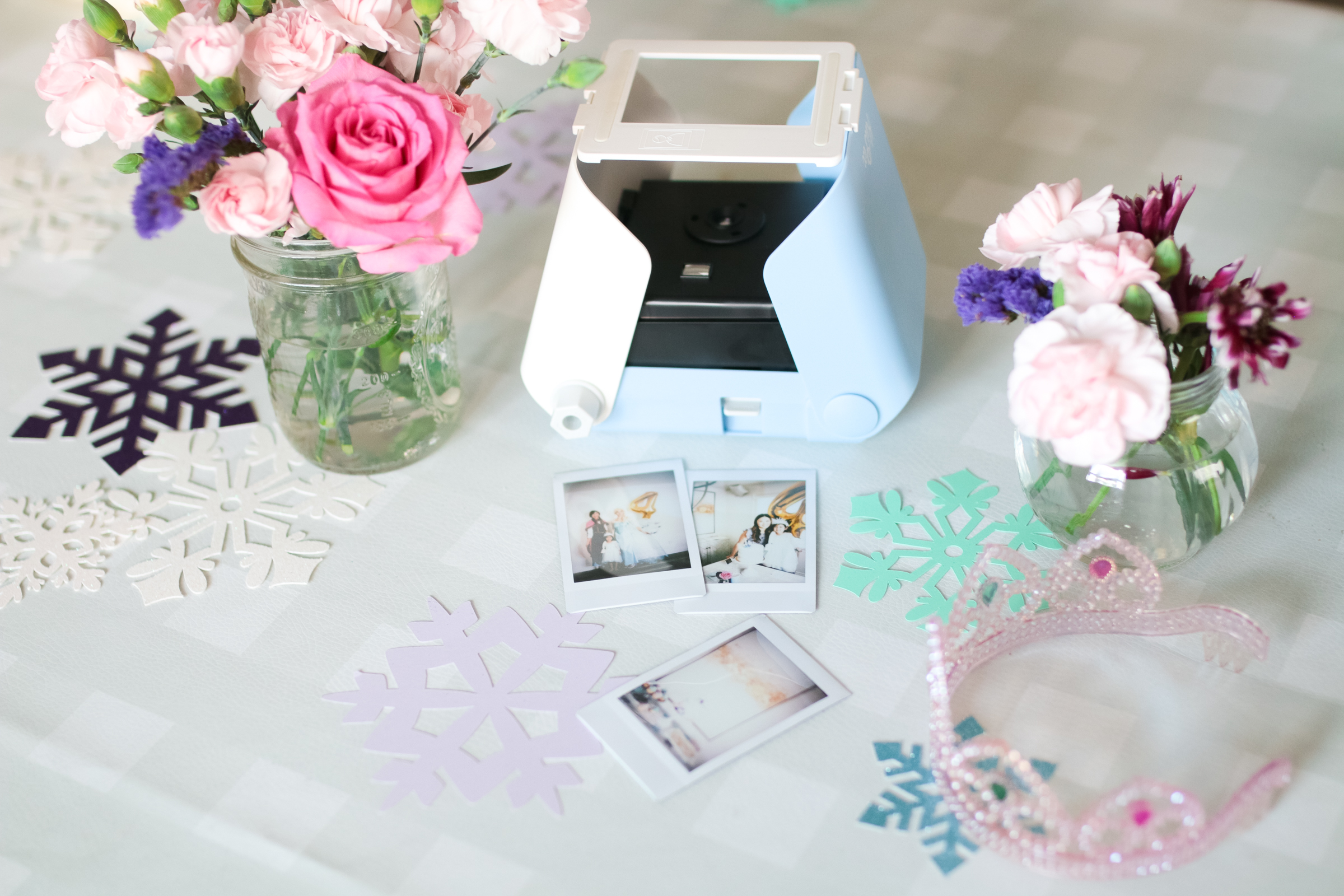 Although we hired Brittany NIkole Photo to capture the day, we also had a KiiPix Smartphone Picture Printer available for people to print out any cell phone pictures taken! These just use Fujifilm Instax Mini film and this device is so easy to use! Vivian also loves playing with the photos and carrying them around and reminiscing about her birthday day!